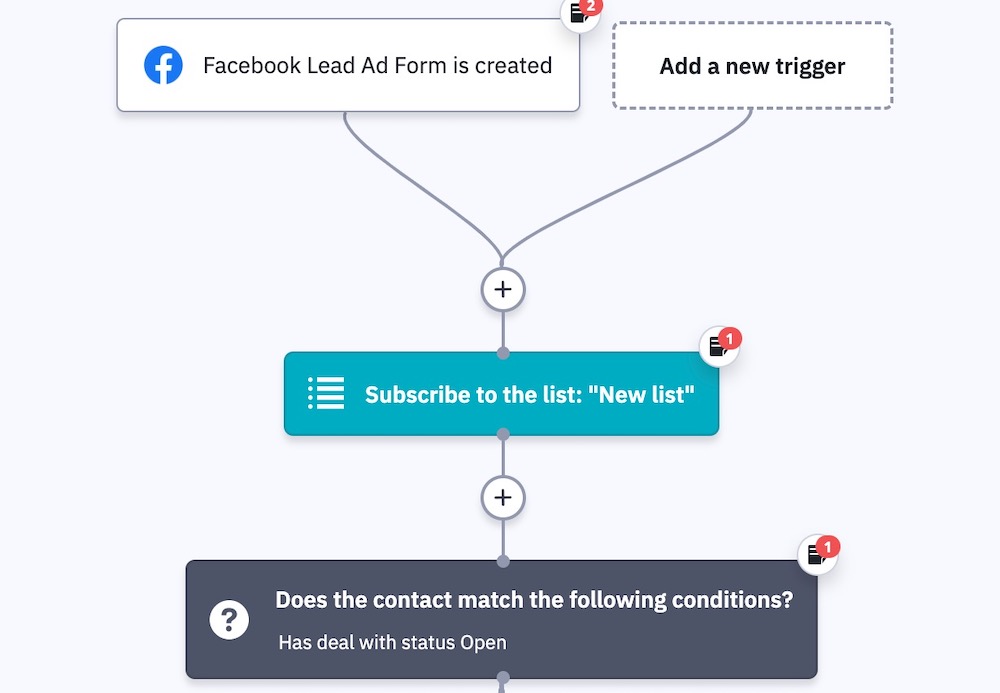 When is a contact a potential deal you should start tracking? Okay, this is a bit of a trick question because the answer is as soon as they’re a contact! When a contact submits one of your Facebook Ad Leads forms, you’ll want to create a new deal for them and assign a task to follow up. If they already have a deal, create an email for the deal owner to check the deal’s submission to see if there’s any new information.

This automation is triggered when a contact submits your Facebook Lead Ads form. An If/Else action then checks if they have an open deal. If they do, they’ll have their deal owner notified and, if they don’t, they’ll have a new deal created for them. Before importing, integrate your Facebook Leads Ad account and build out your form.

Here’s how Facebook Ad Leads: Deal Creation On Form Submit works:
1. The contact enters the automation when they submit your Facebook Lead Ad Form.
2. They arrive at a subscribe to list step and are added to your master list.
3. They then come to an If/Else that checks if they have an open deal.
4. If yes, they go down the Yes path and a notification email is sent to their deal owner to see their recent form submissions then exit the automation.
5. If no, then they go down the No path and arrive at an Add Deal action, having a deal record created.
6. They then arrive at an Add Task action and have a task assigned to their new deal owner to reach out to the contact.