OctoNation has a vision to be a global leader in wildlife education, research, and conservation– and with tools like ActiveCampaign, we believe this is the future that OctoNation can create!

Like the creatures that have captivated him since childhood, OctoNation founder and CEO Warren Carlyle excels at adaptive thinking. He...

Like the creatures that have captivated him since childhood, OctoNation founder and CEO Warren Carlyle excels at adaptive thinking. He discovered octopus-like marketing superpowers through ActiveCampaign.

From the age of 7, Warren Carlyle discovered that if the octopus had a marketing team, it was letting the animal down. That was the age at which, on a school trip to the aquarium, he snuck off and went exploring on his own. Soon, Warren was staring at a creature in an exhibit unlike any he’d ever encountered before. It wasn’t so much the eight arms or the hundreds of suckers that drew him in. Instead, it was the way that the creature stared back at him.

“I looked up into those deep black rectangular-shaped pupils and felt as if the octopus was just as curious about me,” Warren recalls. “It was like this empathetic gut feeling you get when a dog or cat you’ve come to know really well wants something. I couldn’t shake that feeling as I was pulled away from the exhibit.”

It wasn’t just the octopus itself that Warren remembered, though. Equally impactful was attempting to learn more about the charismatic marine animal he’d just encountered. Unfortunately, however, he wasn’t able to find any information explaining his experience with this creature. “No coloring books, field guides, fact sheets—nothing,” as Warren puts it. “In a way, that made them seem even more mysterious… as if scientists were hiding something from us. Why were there absolutely no resources for curious kids like me? It made no sense to me then.”

Years later, working as the studio manager for a celebrity fashion photographer, Warren picked up the book, The Soul of an Octopus by Sy Montgomery and realized he wasn’t alone. These seriously undervalued creatures had an enormous fanbase out there that wasn’t connected. He was determined to use the skills he’d developed in fashion and marketing to mobilize that fanbase for something worthwhile.

Giving the octopus a storytelling strategy

“They may be older than dinosaurs. They may be present along every coastline in the world. But, as Sy Montgomery outlined in her book, they have this PR nightmare as a result of centuries of misrepresentation and character assassination in twentieth-century American films. The fact that inspiring resources about the octopus didn’t exist when I was a kid finally made sense,” says Warren. “I didn’t have a degree in marine biology, but I understood marketing, positioning, and storytelling. So I thought, “If Walt Disney could turn a mouse into what that brand is today, what could I do for the octopus? What story could I tell?”

As it happens, Warren didn’t have just one story to tell. He had thousands: one for each of the roughly 300 species of octopus on the planet. His stories revolved around the scientists working with them, the academics making new discoveries, and the underwater photographers capturing breathtaking images of the creatures in their natural habitats. He made it his mission to reach out to those working closely with the octopus to tell their stories, so the world could begin to understand that octopuses are the unsung superheroes in our oceans.

“When I founded OctoNation on Instagram in 2015,” he says. “I was interfacing with photographers, scientists, and academics, and to my surprise, multiple posts started to take off and resonate with people all over the world. I wasn’t thinking about founding a non-profit, but then I started to get almost daily messages from people wanting to give money to support our team (which at the time was just me!)”

His following grew quickly. He created a Facebook group that turned his content-sharing project into an active community with scientists, artists, photographers, and even tattooists exchanging ideas and inspiration. With a new mission of inspiring wonder of the ocean by educating the world about octopuses, Warren officially turned OctoNation into a non-profit at the end of 2018, a response to popular demand that enabled him to plan donation and education programs.

A year later, the release of the popular Netflix documentary My Octopus Teacher sent octopus awareness soaring—and took the reach of OctoNation to a whole new level with people looking for even more information about the octopus. “Today, we have more than 700,000 followers; Ellen Degeneres has shared our content, and celebrities like Michael B. Jordan and Dwight Howard from the Los Angeles Lakers follow and engage with our content regularly,” explains Warren.

The challenges of the social media ecosystem

Reach and scale bring immense opportunities for an organization on a mission. But, as Warren discovered, they can create challenges too. The social media ecosystem that had nurtured OctoNation in its early years started to put obstacles in its way—and threaten the all-important connection between the community and its members.

“Facebook did some incredible global activations and campaigns with us, and I’m grateful for that awareness. But the fact for all content creators is, the bigger you grow on a platform, the more tricky the algorithm gets,” says Warren. “If a post doesn’t go viral, it becomes difficult to promote other posts like it—it becomes a new game you have to learn the rules to. With every update, we had to reimagine our content strategy and I couldn’t have an algorithm on any platform dictate how much money we were getting from our fundraising campaigns. We had to create a more direct way to get our fan’s attention & engage them.”

Warren’s parallel career as a professional community strategist, a role he moved into after years in the fashion/influencer marketing industry, pointed him towards that more straightforward solution. “All my clients were using automation platforms, so I started looking at the options and asking around to find out which ones were non-profit friendly,” he recalls. “I wanted something intuitive for building emails, where you could look at different templates and choose what felt right. My goal was to have something easy to create that didn’t require too much design work.”

ActiveCampaign stood out as the easy email automation platform Warren was looking for. It started a new era for the OctoNation, one in which Warren and his team could easily capture and segment data from various outreach activities—and build weekly emails that provide compelling reasons to engage.

“When parents of kids download our octopus coloring book, or when people buy things from our OctoMerch shop, that’s an opportunity for us to tag them and stay in touch,” says Warren. “The great thing about what we do is the educational component. People love it when we follow up a purchase with a blog on the latest research about the octopus they were interested in. We rarely get people who unsubscribe because we stay so focused on our vision and mission.”

Reconnecting the OctoNation through an easy-to-use email platform has unlocked even more of the creativity swimming around the community. “We have a campaign called ‘Artist Spotlight’ where we find the most eye-catching octopus art from around the world and create a weekly blog around it,” says Warren. “Then there’s ‘Cephalotography,’ which is our showcase of underwater cephalopod photography. We also have a science-based blog that goes out, so as of now, we’re driving people to our website at least 3 times a week. And in every email, we include an easy donation box and a link to relevant merchandise.”

This extra engagement is transformational for funding OctoNation, propelling its mission forward. “In the past year, we’ve gone from selling around $20,000 in merchandise to 6-figure sums,” says Warren. “That’s largely been driven by the popularity of our educational stickers that we’ve been promoting through ActiveCampaign. In addition, the integration with Shopify has helped us to secure a bigger share of donations and avoid fees that other platforms charge.”

More funding means more activity, more of OctoNation’s fact-checked content by marine biologists, more engagement, and opportunities for even more funding. “We now have a Dr. Chelsea Bennice, lead scientist for OctoNation, Chris Adams, our creative director, Vee Zarate, our blog manager, and Corrine Klein, who leads our science writers. We’re working with educators to develop curriculum materials from pre-Kindergarten through fifth grade,” says Warren. “We’re about to launch an Adopt-an-Octopus program, bringing them further into people’s worlds and using them as a gateway to inspire wonder for the oceans. I’m so excited to co-create a fun & educational path for octopus loving kiddos and adults that didn’t exist when I was younger.”

The money matters, but so does the awareness that automation-driven email provides. “As soon as we send out one of the emails, we see engagement go from zero up to a thousand shares, and that has a real impact on every aspect of our organization,” says Warren. “We’re now ranking number one on Google searches for many octopus search terms—or frequently asked questions people have when watching a documentary like My Octopus Teacher. And that’s because we’re able to get the word out in a streamlined way using ActiveCampaign.”

“OctoNation has a vision to be a global leader in wildlife education, research, and conservation– and with tools like ActiveCampaign, we believe this is the future that OctoNation can create!” – Warren Carlyle, Founder & CEO at OctoNation.

If you’re looking to uncover your marketing superpowers like Warren has, try ActiveCampaign for free starting today. This is a contributed post from Bright Dials, an ActiveCampaign partner.  Plus Accounting is a chartered accountancy firm based in the UK offering accountancy and tax services. What makes them... 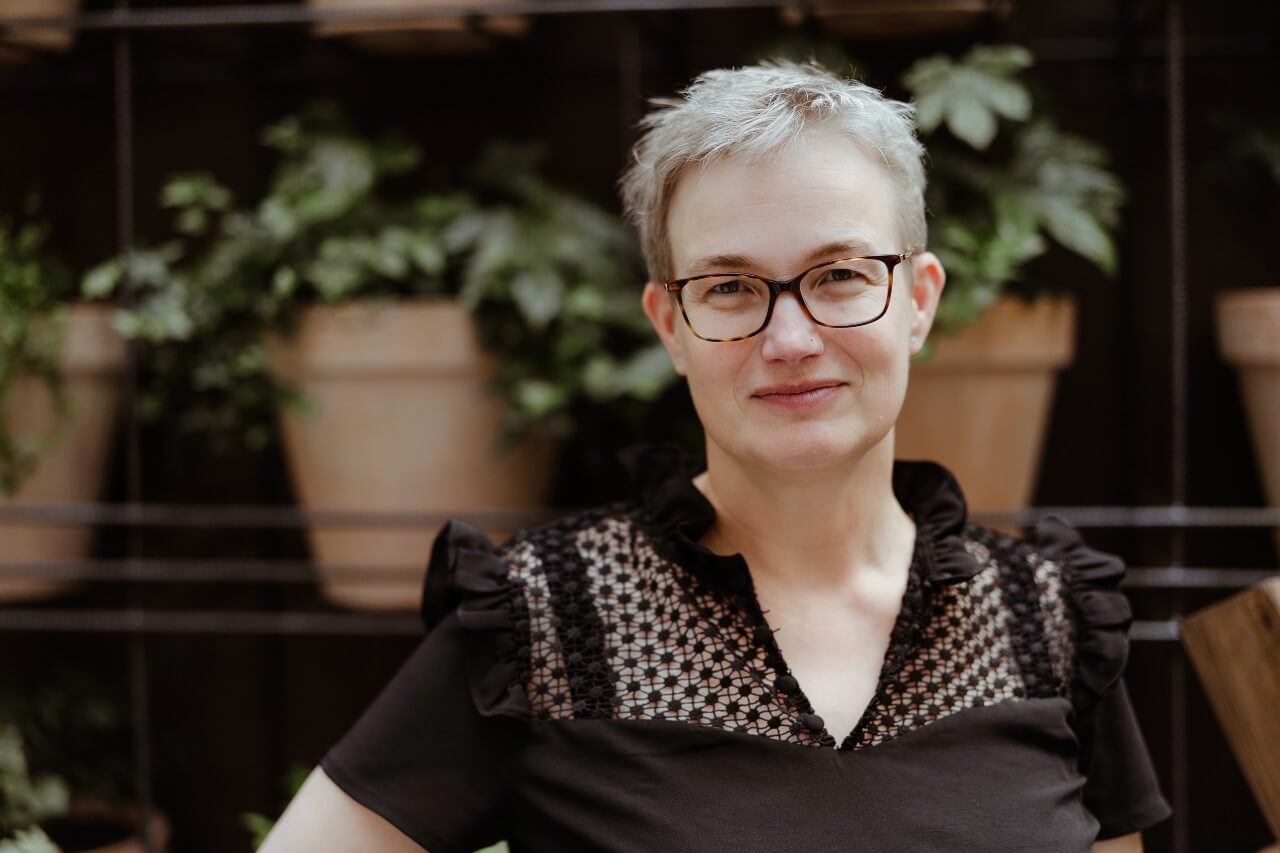 Kay Peacey might be the biggest ActiveCampaign fan of all time. She’s one of those dream brand advocates turned evangelists who will shout her support from the tallest rooftop when... Groove Like a Pig Creates Sweet Marketing Music on ActiveCampaign

Johann Berby had a mission to give people a new way to learn and collaborate on the bass guitar. He just needed the right instrument to help him turn it...