A survey is a method of gathering information from a number of individuals, known as a sample, in order to learn something about the larger population from which the sample is drawn.

When should you use a web survey?

Although surveys come in many forms, and serve a variety of purposes, they do share certain characteristics.  In order for the objectives of a survey to be met, the results must reliably project on the larger public, from which the sample is drawn.

A sample can be scientifically chosen so that each individual in a population has a known chance of selection.  This ensures that a sample is not selected haphazardly or uses only those eager to participate.  The sample size for a survey will depend on the degree of reliability necessary and how the results are to be used.  A properly selected sample should be able to reflect the various characteristics of a total population within a very small margin for error.

There are many surveys that study the total adult population but many others that focus on selected populations:  employees, academics, industry experts, computers users, or customers that use a particular product or service.

What are the different types of web surveys?

Some surveys focus on opinion and attitudes while others are more concerned with collecting factual information. Many surveys combine questions of both types.

A respondent could be asked what they heard or read about an issue, what they know about it, their opinion, how strongly they feel and why, interest in the issue, past experiences with it, and also certain demographic information which will help the survey analyst classify the responses (such as age, sex, marital status, occupation, and place of residence).

Questions can be open ended (“What does that make you think of?”) or closed (“Do you agree or disagree?”); they may ask the respondent to rate a product or a service on some kind of scale; they may ask for a ranking of various alternatives.  The questionnaire could be very brief – a few questions taking no longer than five minutes, or it could take a demanding hour or more of a respondent’s time.  A survey is usually rooted in situations where an individual or institution is confronted with an information need and no existing data will suffice.

Once the information need has been identified and a determination made that existing data is inadequate, objectives are laid out for the investigation. These objectives should remain as specific, clear cut and unambiguous as possible.

Designing the questionnaire is a critical stage of the survey development process.  The questionnaire links the information need to the realized measurement.  Scaling techniques used for measurement can be comparative or non comparative.  If proper care and attention is not placed on clearly defining concepts and unambiguously phrasing questions, the resulting data is apt to contain serious biases.  Questions used in surveys must be refined to minimize interpretation problems and thus reduce measurement error.

If the respondent is unable to understand a question or fails to comprehend the question the way it was intended then the data is neither valid nor reliable.  A question must use language in a way that makes the intended observer’s meaning behind that question obvious.   In order to do this a survey must reflect an understanding of the population being sampled. For example, many people do not distinguish between robbery which requires the theft to be in the immediate presence of the victim and burglary which can involve breaking and entering without any confrontation.

The National Crime Survey, done by the Bureau of the Census, does not even mention the word “robbery” when it asks questions about robbery victimization.  Rather they ask several questions that use universally understood phrases, consistent with the operational definition of robbery, that when used together are able to capture the desired responses.

Keeping response errors and biases to a minimum factor heavily in designing a survey. How questions are interpreted by respondents must be carefully considered.  Also, you need to consider the length of the survey. If a questionnaire is too long than it can be burdensome to the respondent, inducing respondent fatigue that leads to response errors, refusals, incomplete questionnaires, and can contribute to higher non-response rates in subsequent surveys involving the same respondent.  Memory plays an important role when surveys deal with past events.

For most people the greater the demand a question places on memory, such as being asked to recall trivial details occurring on any given random date, the less accurate the responses and therefore the less reliable the survey data that is collected.

An appropriate choice of reference period should be made so that a respondent is not forced to report on events that happened too long ago.  Grouping similar questions together can reduce the cognitive burden a survey places on a respondent.  The validity of a survey can be put in jeopardy if questions are too sensitive, if they may prejudice the respondent, if they unduly invade a respondent’s privacy, and if the information that is sought is too difficult for a willing respondent to provide.

A web survey is one of five general ways research is typically conducted using surveys.  Surveys are also given using mail (the kind that requires postage), telephone, in-person interviews, and intercept surveys (respondents are “intercepted” as they pass through a heavily trafficked area).  The web survey most closely resembles the type of surveys which were traditionally mailed out.

Only this time you’re using email to send a link that takes you to an HTML form that is designed for completion and submission through the computer.   Information is collected quickly because as soon as your respondent has finished taking the survey, their responses are immediately submitted.  Web surveys can also be embedded on your web site using what is known as an Iframe.

An IFrame is an HTML element that makes it possible to embed an HTML document inside of another HTML document.   You can also create a Pop-Up survey on your web site so that when a site visitor visits a page the HTML form pops up from their web site.   If they have pop-up blockers enabled then this method will prevent them from taking your survey so you can also create a link to the survey which you can display on your web site.

The web survey is a cost effective way of administering a survey that allows you to collect large amounts of information without having to pay for interviewers, paper supplies or postage, and does not require separate data entry for responses to be processed.  The rise in web based surveys is due in no small measure to the increasingly widespread availability of computers.   Particularly in organizational or professional settings, the ability to receive a questionnaire and complete it at home or in the office on a computer is very convenient for most people.

You can expect to wait at least a few weeks for a questionnaire that is mailed out to a respondent to be returned.  A web survey allows you to rapidly collect data in a timely manner.   Information can be collected and processed in just a few days.    It also allows respondents ample time to carefully consider response selection and to enter in text for open ended questions.  If factual information is required then the respondent has enough time to consult their records.

You can increase response rate to web surveys by sending respondents a pre-notification of the intent of the survey.   This lets your respondents know what the survey is about before they invest any of their time into taking it.  You can also send follow-up reminders to respondents that have not completed the survey. This can be used in a situation where a respondent must complete the survey within a given date range.  Web surveys assume a minimal level of computer literacy so keeping your surveys simple can also help your response rate.  The technical nature of online surveys make them ideal for specialized or well defined populations that have access to an email account and/or a computer.

Coverage bias may result when targeting populations where computers or internet access are not widespread.  Determining an appropriate type of survey to administer to your respondents must take the population that is being measured into consideration. How to create a holiday marketing strategy to boost sales

When the pandemic hit in 2020, global retail sales took a hit. Although more people were shopping online than ever before, they were typically spending less.  And retail experts expect... 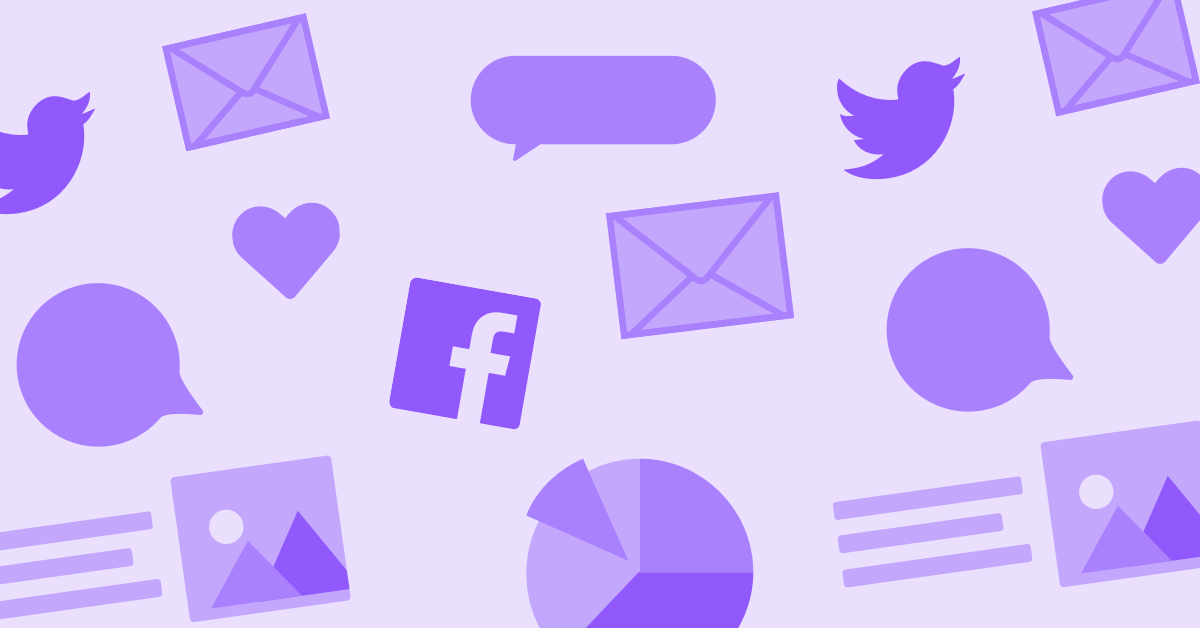 Social Prospecting: What It Is and 5 Tips to Do It Well

There are a lot of advertising and customer acquisition channels you can use to get people to come to your website and become customers. But have you ever considered going... 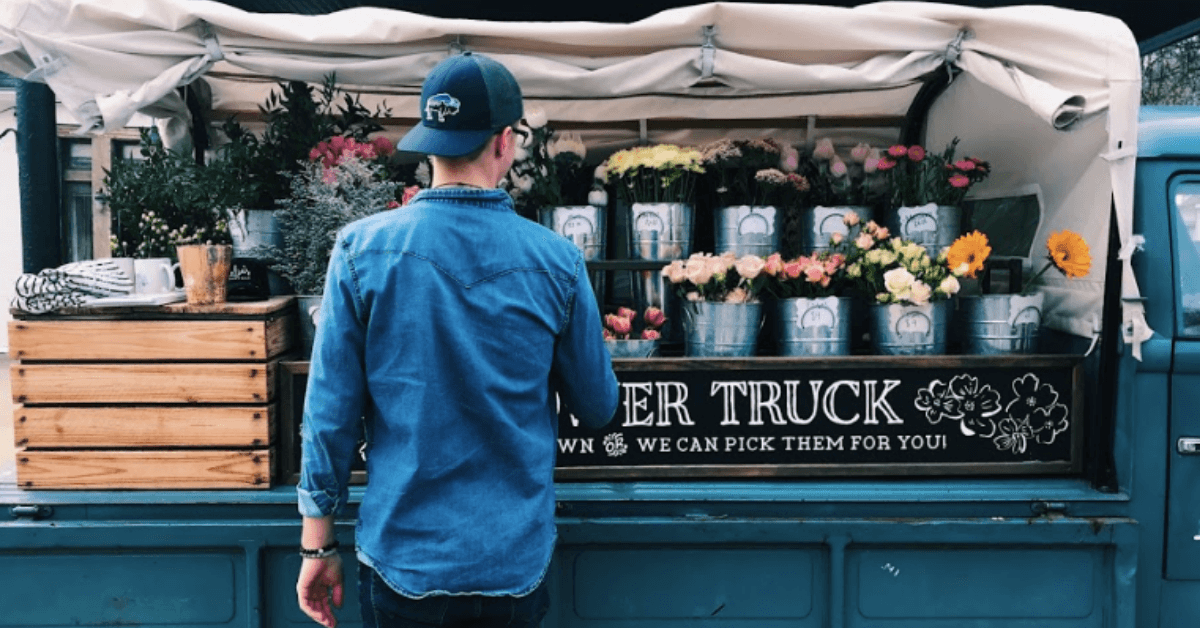 I don’t have kids, but I was one. And I know I was totally guilty of finding creative ways to get people’s attention.