Let’s just get this out of the way up front: Pop-ups are annoying.

Heck, even OptinMonster, a company known to help businesses create opt-in pop-up forms, can admit it. Among many customer opinions that they heard, these were some of the most popular: 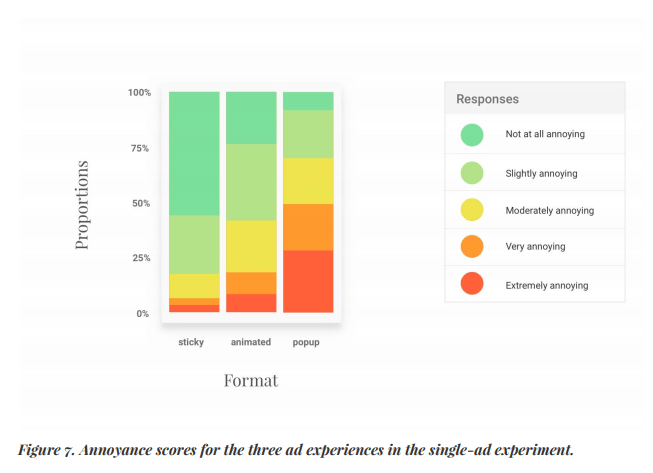 They are, and there’s no disputing that. So, when you hear the question, “do pop-ups work,” it seems like a NO brainer.

Because GOD, they can be so annoying, right?!

Because some pop-ups can convert up to 40% of your website visitors into subscribers and leads.

The rest of this post will dig into that statistic (and others). The point is this—pop-ups, just like emails, Facebook ads, and other marketing efforts, have their place and time.

When does a pop-up work (or fail)?

Like we said before, a pop-up has its place and time. They can be good.

Who wouldn’t want all of that? When done right, website conversion pop-ups can be extremely beneficial and effective.

But, they also have their downsides.

There are pros and cons any way you slice it. But as annoying as they can seem, they’re still perfectly effective in converting more traffic (but only when done right).

Are you wondering what a “done right” pop-up even is? We’ll get there.

But first, here’s what it isn’t:

Imagine you’re cruising the Internet. Maybe you’re browsing your favorite retailer or researching something for a work project, and all of a sudden a flashing, neon-colored message aggressively appears.

Yeah. Please don’t assault your customers with neon, ALL CAPS, and non-existent prizes. Nobody has time for bad pop-up design (and no one will join your email list either).

But, customers will make time to engage with a pop-up that doesn’t make them feel like they are in a digital haunted house. And that leads to a happy conversion rate.

But, if visions of that flashing, neon pop-up are still making you a pop-up doubter, listen to this:

Who doesn’t want more traffic? Sumo knows you do, and they can help you get it. This pop-up example works because:

Several elements will make a pop-up work (not the least of which is not promising fake vacations or being obnoxious), but there’s one element that I want to single out.

This is what makes a pop-up effective, or a pop-up “done right.”

According to Gary Vaynerchuk, “Content is King. Context is God.” And the best pop-ups with good context have conversions rates over 40%.

A pop-up’s success is all in the details. Take a look at the difference context makes in messaging. 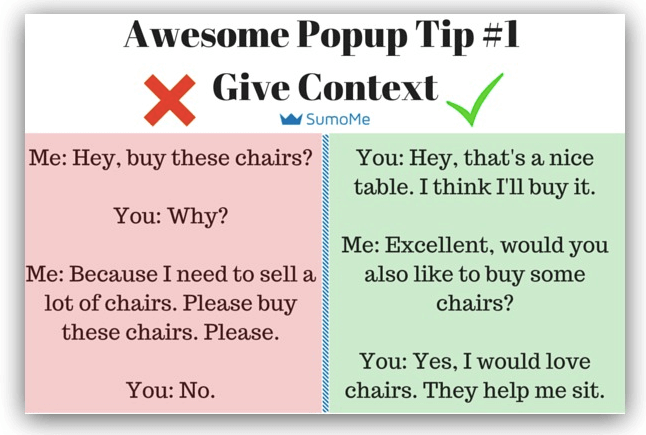 Before Context: Why don’t YOU buy the chairs??
After Context: Sitting is one of life’s greatest and simplest joys. Give me all of the chairs. (Source: Sumo)

So, what if you have context, but your pop-up still isn’t doing its job?

Allow me to explain.

Any marketer worth their salt knows that the thoughts people have vs. the actions they take are two totally different things. Sometimes, your customers’ behavior shows every indication of converting but then they don’t.

Social psychologist Martin Lindstrom wrote as much in his book, Buyology: Truth and Lies About Why We Buy. 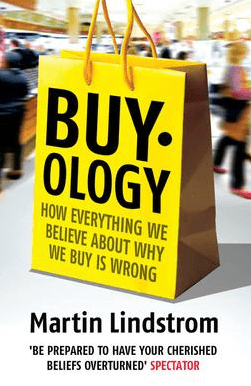 Time for a personal example.

I was constantly at odds whether to sign-up for Orangetheory Fitness again after moving. Despite my aversion to most fitness (because sweating is gross and exercise makes everything hurt), I’ve gone before regularly and loved it. When I moved, and it became more expensive, I stopped.

But my communications with Orangetheory didn’t.

After stopping, I still…

But, in spite of engaging with the marketing efforts that ask me to sign up for another membership, I kept not following through, for reasons like cost, convenience, and others.

As many behaviors as I’d shown that indicated I was once again ready to sweat like my life goal is dehydration, there were still other factors that stopped me. These, however, weren’t ones that were as obvious or trackable (like my internal musings over my budget -exercise, or DoorDash delivery?).

But this doesn’t mean that their pop-ups and emails and Facebook ads didn’t work on me over time, because I’m once again signed up and ready to make walking hurt. It just took me a minute to come back through my own process.

That bottom “sticky” pop-up did not let me forget that I need to stop sitting so much. (Source: OTF)

It wasn’t necessarily a matter of IF I would convert back from a visitor to a member, but WHEN. And I did!

All of those efforts– pop-ups, emails, ads– they may not work immediately, but that doesn’t mean they don’t stand a chance at all (especially if they are well-created and offer an incentive).

Customer behavior tells us a lot, but it can’t tell us everything. The relationships between thought and action aren’t as linear as we’d like, but there is plenty we can do to make the most positive impact on conversion rates possible (including pop-ups), even if it takes time.

So, what is important to remember about pop-ups? It’s actually just a single letter.

It doesn’t take much to sink or swim with a pop-up, but you kind of want to avoid the sinking part. So, with the help of Andy Crestodina and the letter “P,” you can learn how to avoid mistakes like these.

The 3 P’s of email signup forms

The 3 P’s of email signup forms are Prominence, Promise, and Proof. Each P is important to the success of a pop-up email sign-up form. 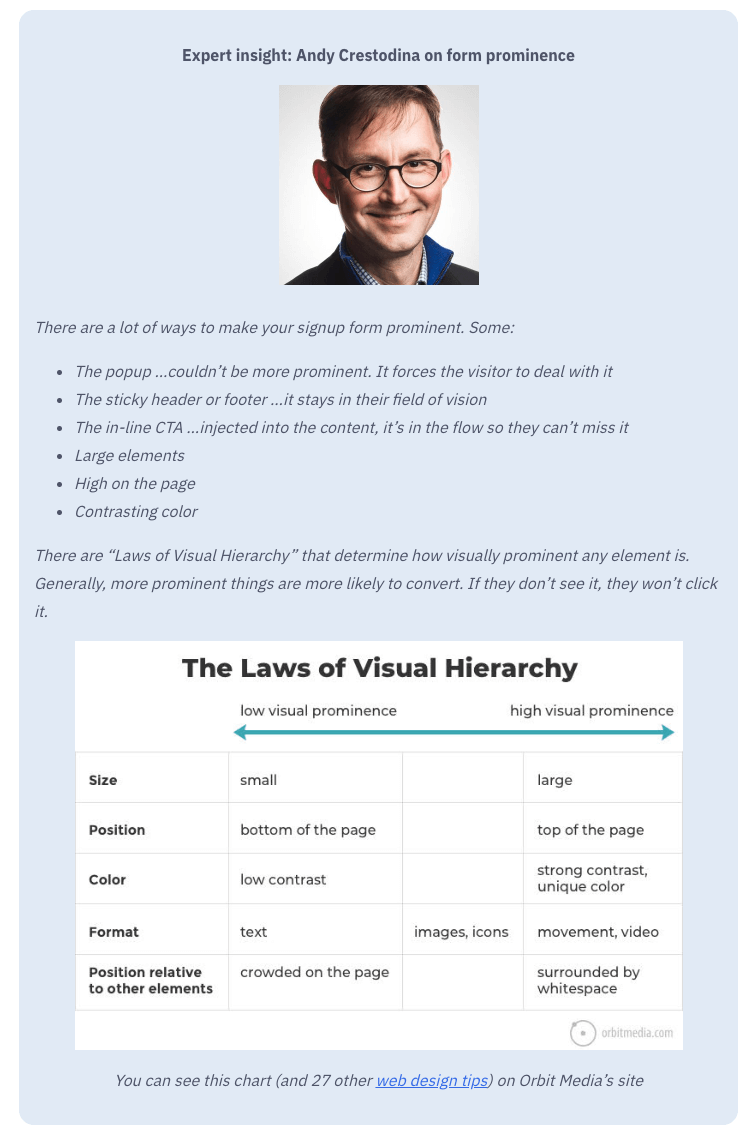 The three Ps can help you avoid making silly mistakes that can sink your conversion rate boat. But wait.

What are the conversion marketing mistakes you’re making?

You might not have a good answer (or any idea), which is why Sumo made this list of “Eight Bulletproof Elements that Increase or Decrease Your Pop-up Conversion Rates.”

Remember above when we mentioned Gary’s mantra “Content is King, context is God?” Yeah, it’s still important, and if you’re not following it that’s a huge mistake right there.

We already mentioned one very important one, having context, earlier.

Now, we are going to touch on a few more important mistakes to avoid.

Have you ever walked into a store and been immediately accosted by an overly-enthusiastic salesperson with a smile wider than the Atlantic ocean?

I mean, come on, give me a minute here!!

The same goes for pop-up advertising. As we mentioned earlier, a time-triggered pop-up is popular and will be different for everyone (20 seconds could work, or 40 seconds could work better). But don’t be immediately in someone’s face.

They came for a reason, and it wasn’t your pop-up. Sorry. Wait your turn.

The headline is the first impression, and one that is confusing will all but guarantee you won’t be seeing that person again. Being vague has never helped anyone. “Sign Up for Coupons” is a lot more direct and clear than “Receive Our Emails” (what emails?).

“The best pop-ups offer something of value”

“What’s in it for me?” If you can’t answer this question from your visitor’s perspective, it’s time to return to the pop-up drawing board. This pop-up form is about to begin a relationship between you and a customer, and it has to be a give and take.

Offer something of value, not something that that even you yourself wouldn’t want.

If it’s a new subscriber, they may not just take your word for it that your blog or site is worth it. They need an unbiased opinion right at the sign-up point.

Who knew one letter could make such a difference?

BONUS: Keep an eye out for great pop-up form examples that use the three Ps throughout this post. Maybe one of the examples will inspire you!

What types of pop-ups are best for conversions?

One of the negative implications of pop-ups is the assumption that they all have to excitedly (and literally) POP UP.

This is false. There are multiple different pop-up best practices you can use that aren’t intrusive, and that are way more effective at lead generation and conversion than a pop-up so aggressive that you can almost hear its visual presence screaming at you.

Here are your options:

You might be worried that a pop-up right upon entering or about to leave sounds a little…well…desperate. It’s not. In fact, it just might be your conversion saving grace.

The Skimm certainly benefited from it with their entrance pop-up. According to a Nieman Lab report. this newsletter had over 1.5 million subscribers as of August 2015.

Waking up on a Monday is the WORST. But The Skimm makes it better with a pop-up that is triggered after a certain amount of time is spent on the page.

Did you know that WPBeginner increased their subscribers by nearly 600% with an exit intent pop-up? One effective pop-up and they went from collecting 70-80 subscribers per day to a whopping 445-470 per day. Don’t knock it until you try it.

2. Overlay, or Modal, or Lightbox

These terms are used somewhat interchangeably. Some even call them out separately from “pop-up.” Nevertheless, they are a type of pop-up. 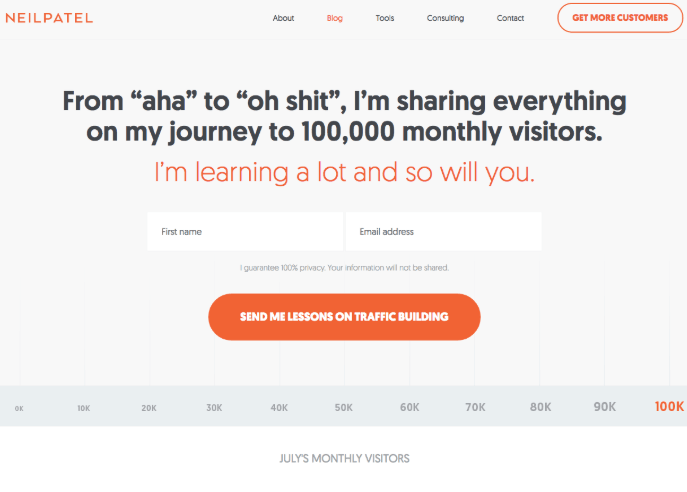 It’s like he’s inside your head with that kind of copy.

Neil Patel is a marketing household name, and his pop-up displays all the things that a good one needs to draw you in with plenty of social proof and compelling copy.

This popup works because:

Here’s another example from Coschedule. 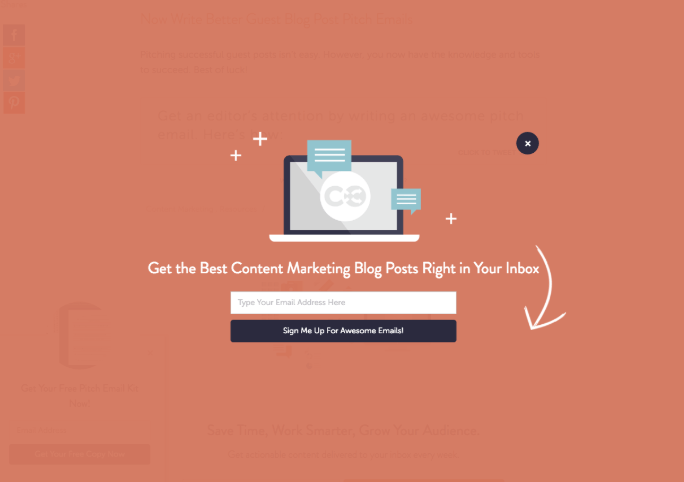 Coschedule is known for producing great content, and they are ready to guide you to it.

This pop-up works because:

An overlay typically comes on slowly and unassumingly. You may notice the page you’re staring at slowly starting to fade as the overlay pop-up appears.

No scary pops or crazy distractions. Just a nice, subtle nudge of a pop-up kindly asking you to opt-in.

These might remind you of aggressive pop-ups, but don’t sell them short.

You’ll see these sliding into view typically from the side or bottom of a page.
MadMimi analyzed a heat map test and noticed that slide-in subscribe leads had a much better conversion rate than any regular pop-up. Based on this, they concluded that slide-in pop-up box converted best for them at approximately 80% scrolled down the page.

The bottom line of this is, give people a chance to catch their breath before sending pop-ups into action.

You land on a page. A message pops up, then stays up. Forever (or however long you are on that page). They are often stuck to the bottom or side of a page and will follow you wherever you scroll.

This style element of a pop-up can ensure that it won’t be missed, but be careful with the design. No one wants a footer that they can’t get rid of which cuts off a quarter of the page.

In the above Orangetheory example, you’ll notice that their sticky pop-up form is unintrusive, and doesn’t take away from my experience of reading the page.

Any of these pop-up types can be triggered by one of the following:

Time triggers are a common practice, particularly for entrance and exit intent pop-ups. These pop-ups will be triggered by a preset amount of time spent on a page. The best timing of a pop-up will vary slightly case-by-case, as it is a balance between too soon and too late.

Take a look at this example of how different timing can affect your conversion rate. 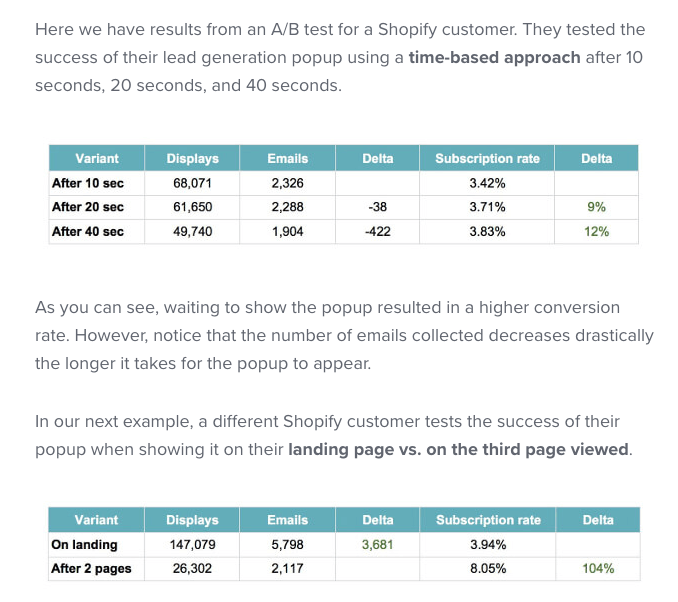 Now, this may be confusing at first, considering that a longer time trigger meant more pop-up conversions, but fewer emails. Just remember, it’s quality over quantity.

Don’t expect your website pop-up message to have an effect in the amount of time it takes for one to even show up. Good things take time. You will need to allow time to gather dependable data about how well they will work for your conversion rate.