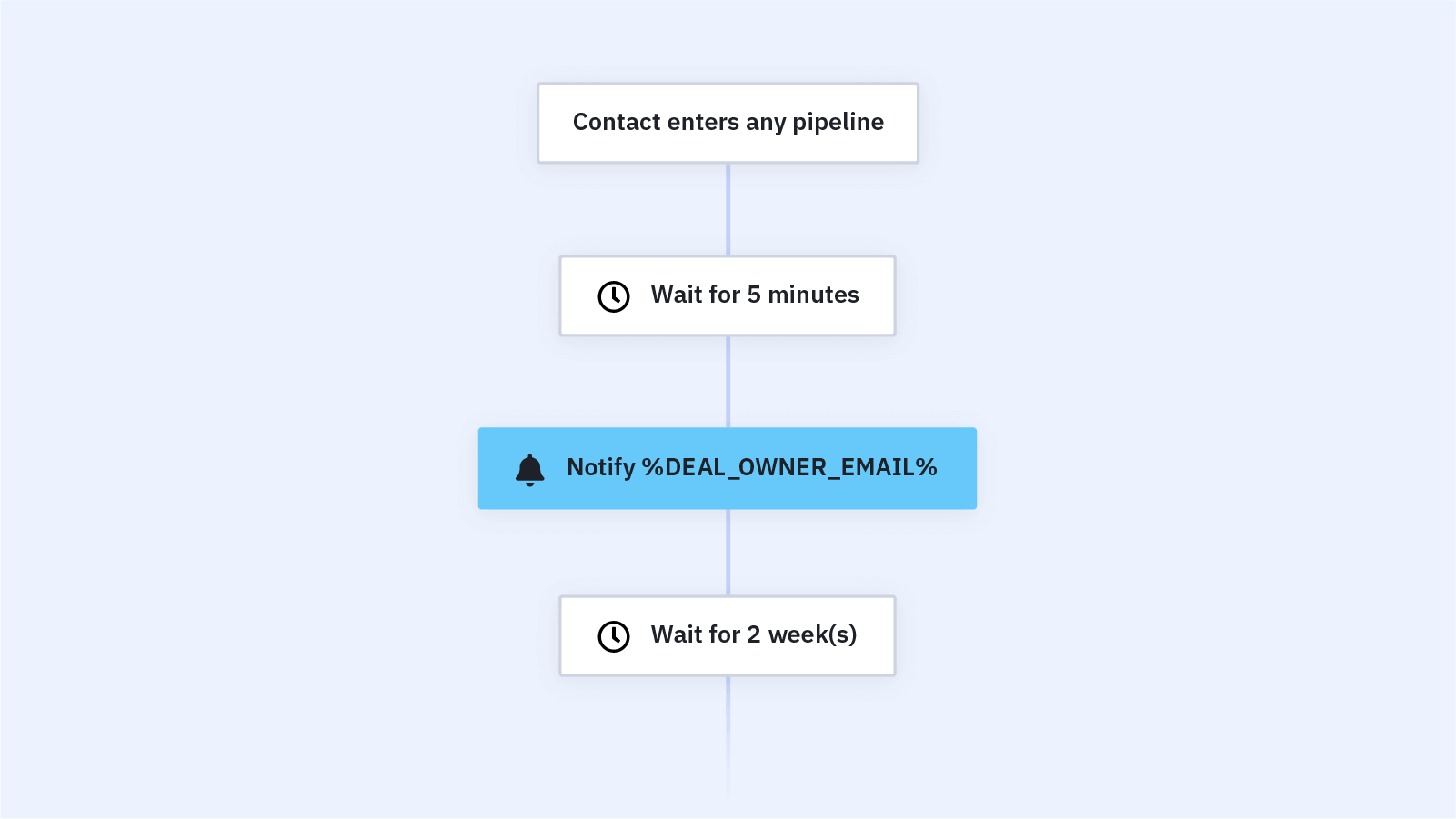 When an agency team is focused on a project, it's easy for them to forget to communicate with the client. This automation sends automatic reminders for teams to share regular project updates -- while also reminding them to check in with each other.

Using a pipeline for project management makes it easy to track the progress of a project -- and send project update reminder emails to the head of the project.

You can adjust the content of these emails to whatever makes the most sense for your project updates; we recommend reminding the project lead to update the client on the status of the project with a status report and check in on how the project is going internally.

Set up Consultation Call with Calendar I...