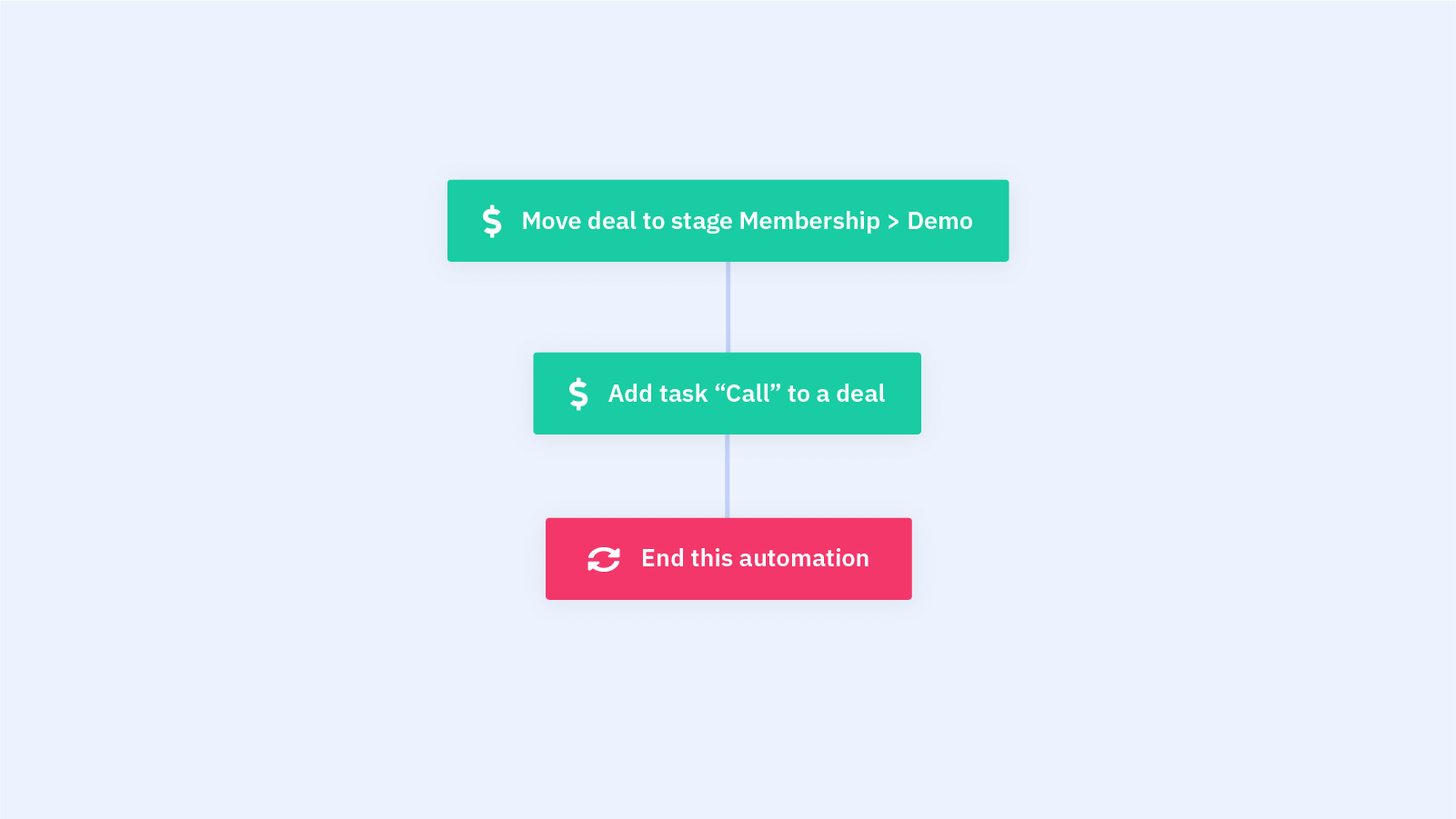 Automate the movement of deals through your sales pipeline with this automation. As soon as a task is marked complete in your CRM, this automation moves a deal to the next stage of your pipeline and assigns a new task to the deal owner.

If you have multiple sales pipelines and deal stages, manually moving a deal from one sales pipeline stage to the next can be time-consuming and tedious. Automating the tedious parts of the sales process -- like assigning tasks and moving deals between stages -- gives your sales team more time back to do what they do best: close deals.

What are deal stages?

This automation can be used with any automation that involves assigning a task. In a task assignment automation, you can choose to trigger this automation as soon as the assigned task is marked complete.

Each deal can only be moved to one stage per automation. To make sure each deal can move to the next stage, use this recipe to build out an automation for each stage of your pipeline.

Here's how this automation works to move a deal to the next stage in the pipeline:

1. This automation is triggered on the completion of a set task.
2. The “Update stage" action moves the contact to the next pipeline stage that you choose in the CRM.
3. An “Add task" action assigns a task to the deal owner associated with the contact. You can choose the next task the deal owner needs to perform for the deal's journey through the pipeline.
4. The automation ends.

NOTE: You can set the task in step 3 to trigger another automation when it's completed. You could even use this recipe again for each stage, adjusting to what makes sense for your business.

Move Deal to the Next Stage When... Recipe