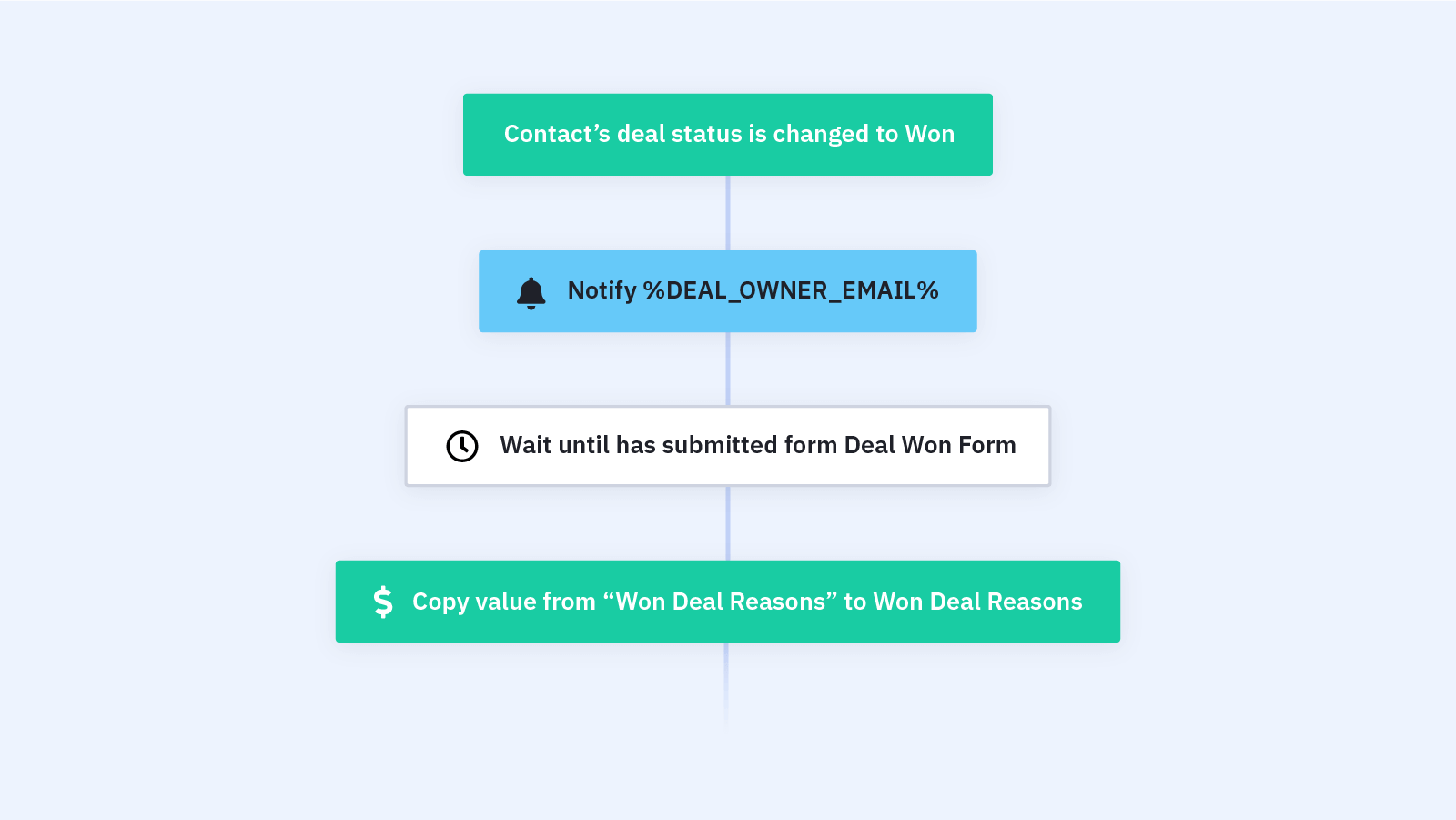 It's that moment you've been waiting for. A contact has crossed the finish line of your sales pipeline and they can officially be declared a won deal!

So, what was the convincing moment that turned a prospect into a customer? It's time to do an audit of your sales process.

The Won Deal Metrics Review Notification Automation Recipe helps the deal owner on your team remember to look over each step of their journey with the new customer and determine what points were the most convincing.

After marking a deal won, the deal owner -- either a sales rep or a designated person on your team -- is sent an email with a link to a form link. They submit the form, and this information is then synced to the won deal. People on your team can reference this information in the future to further shape your evolving sales plan.

When it comes to building your sales funnel, knowledge is power. A review of your lead conversion process can help your future prospect nurturing a lot.

How does the won deal metrics review notification automation work?

1. A contact deal is Won and triggers the automation: When a deal status changes to "Won," the automation triggers and moves to an action stage to notify the intended team member of the next step.
2. Automation sends a notification to review the won deal process: The automation triggers a notification email to send to your intended team member. This notification step should be sent to the deal owner using the personalization tag %DEAL_OWNER_EMAIL%. Choose the form you created to include in this notification step. This email contains a link to the form with a "Won Reason" contact custom field, which will sync the form info to a custom deal field in your pipeline. If you haven't built these fields before, do so now and come back to the saved automation after.
3. Wait until the form is submitted: Allow time for the deal owner to review the Won Deal process and submit the info to the form.
4. Automation syncs the form info: The automation sends the info between the contact custom fields on the form to the custom deal fields in the sales pipeline. This information is now available in the Won Deal record. The automation ends.

What do you need to use the won deal metrics review notification automation recipe?

Just an ActiveCampaign account, a form, custom fields, and a won deal!