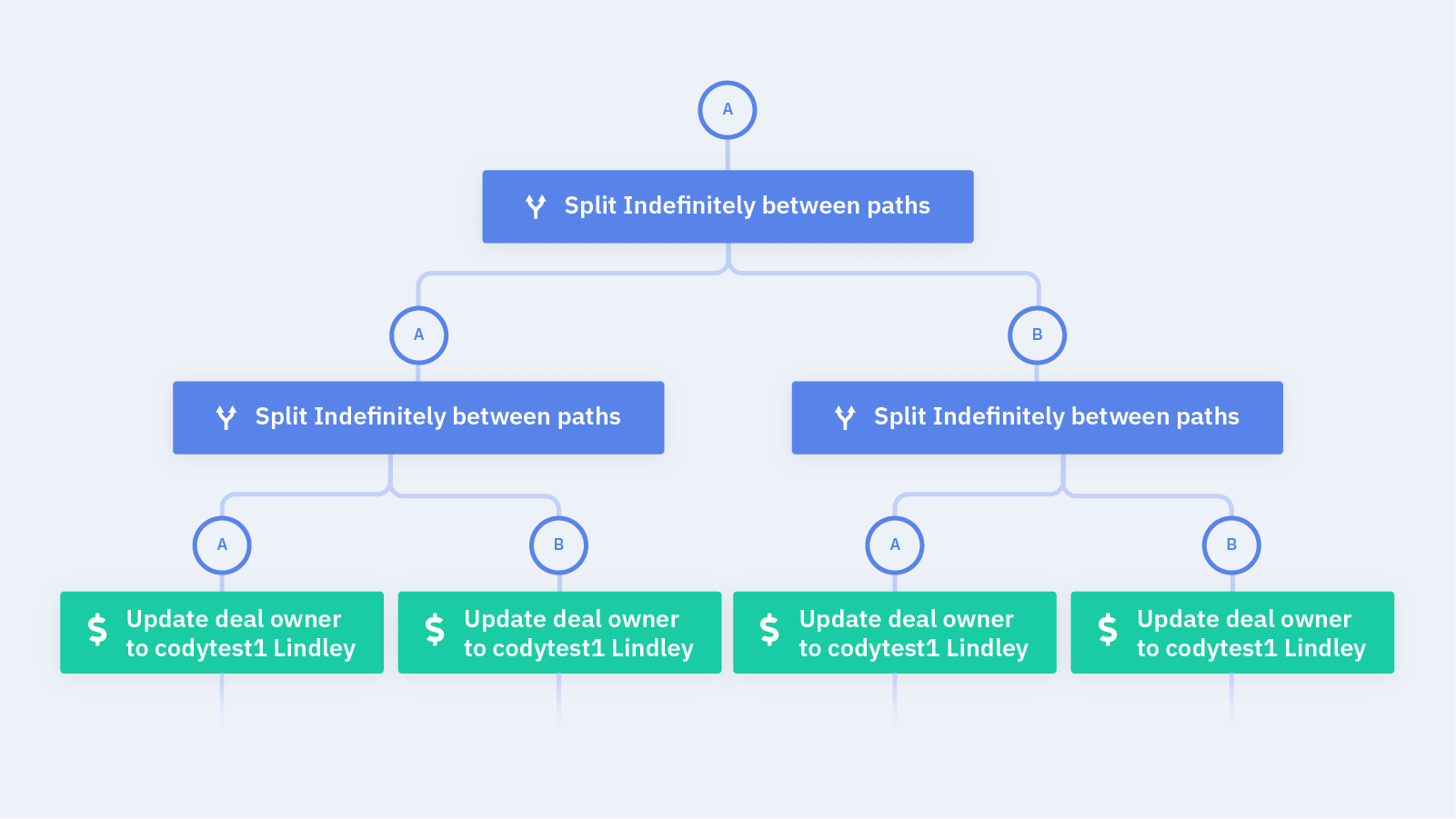 How do you manage sales lead distribution? Lead assignment can be difficult to keep track of with spreadsheets and round robins. This automation evenly distributes sales leads to each deal owner.

You can add or remove "Update Deal Owner" steps based on how many deal owners you have. You could even add more split actions if you have more than 8 deal owners!

1. Choose the pipeline you would like to use for this automation. You can choose to use this automation for all pipelines by choosing "Any pipeline," or choose a specific pipeline.
2. The automation is triggered when a contact enters the pipeline(s) you chose in step 1.
The automation splits into paths for each possible deal owner. 3. At the end of 5 pathways (or as many pathways as you have deal owners) is an Update Deal Owner step that changes the owner of the deal. At the end of three pathways is a Go-To action that sends them back to the top of the split paths -- so they can be sent down and be assigned to a deal owner. This lets you evenly distribute leads to your deal owners, no matter how many deal owners the company has. Feel free to adjust the number of pathways and deal owners for your business needs.
4. Specify the deal owner and pipeline for each "Update Deal Owner" step in the automation. Depending on how you set up the trigger, this should be set to "Any pipeline" or the same pipeline(s) that you chose earlier.
5. The automation updates the deal owner based on which path the contact takes in the automation. The contact will take a different path each time, in order of deal owner #1 through deal owner #8 -- or however many deal owners you have.