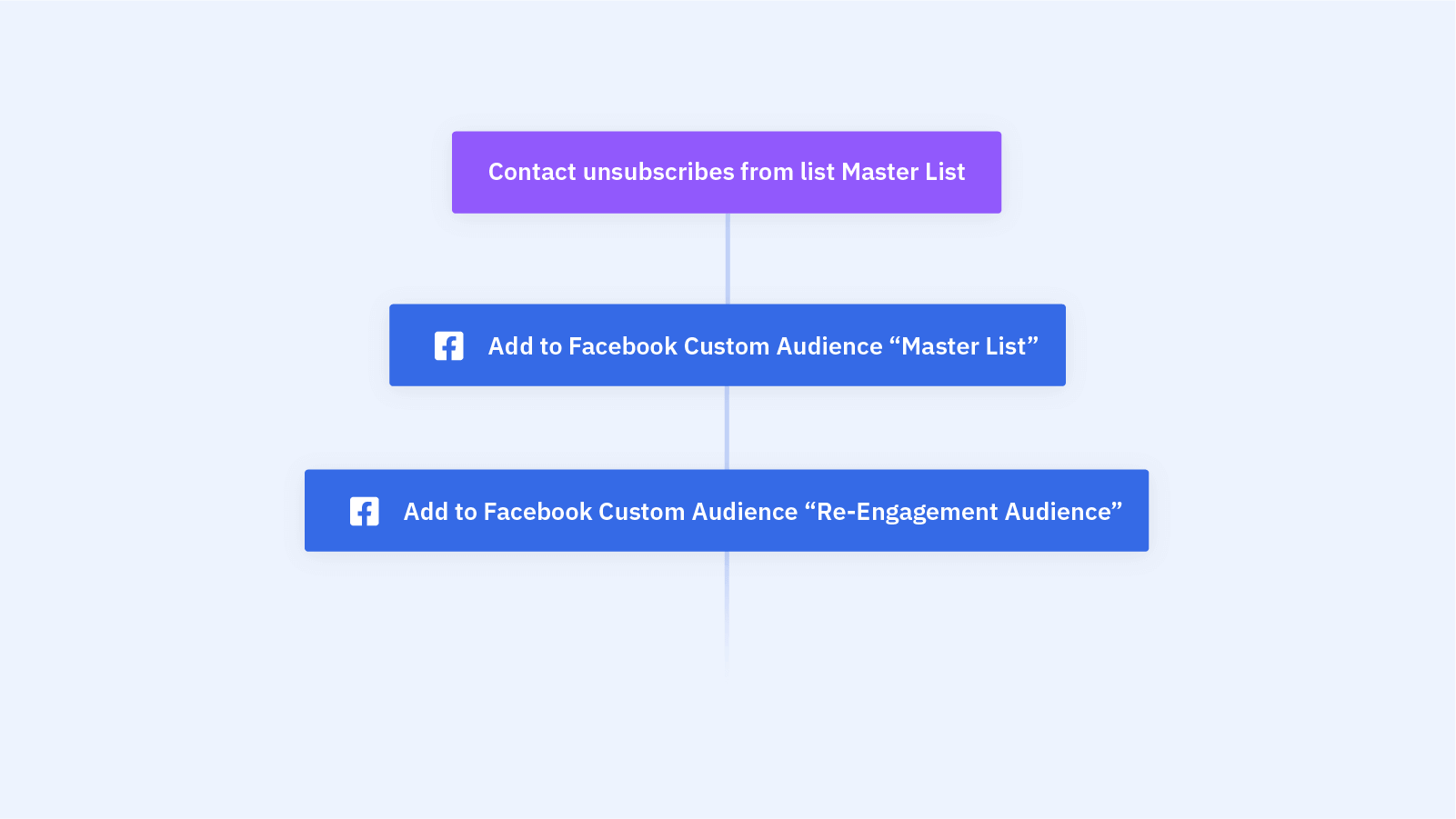 Unsubscribes happen to everyone, and when they do, you don't want to keep people on any type of contact list that they don't want to be on.

However, an unsubscribe doesn't mean the complete end of that contact communication. You can start them on a re-engagement campaign, but they have to be in the right group of people to get those messages.

So, when an unsubscribe happens, you need to make sure to remove them from a Facebook Custom Audience that they don't belong to anymore -- and instead move them to one where you can try to re-engage them.

The Remove Contacts from Facebook Audience After Unsubscribing Automation Recipe exists for exactly this situation.

Before you import this automation recipe, make sure you set up your Facebook integration.

Here's how the remove contacts from Facebook audience after unsubscribing automation works:

1. The contact unsubscribes from a specified list and triggers the automation. This action is removing the contact from the custom audience associated with the list they have unsubscribed from. Depending on how you set up the trigger, this could be a large audience tied into every list you have or a smaller specific audience.
2. Once the contact unsubscribes from the list, the automation adds them to a specific Facebook Custom Audience for re-engagement. This action adds contacts to a re-engagement audience aimed at bringing them back as customers. If you do not have an audience like this, feel free to remove this action.
3. (Optional) You can add more Facebook Custom Audience actions in this automation.
4. The automation ends.

What do you need to use the remove contacts from Facebook audience after unsubscribing automation recipe?