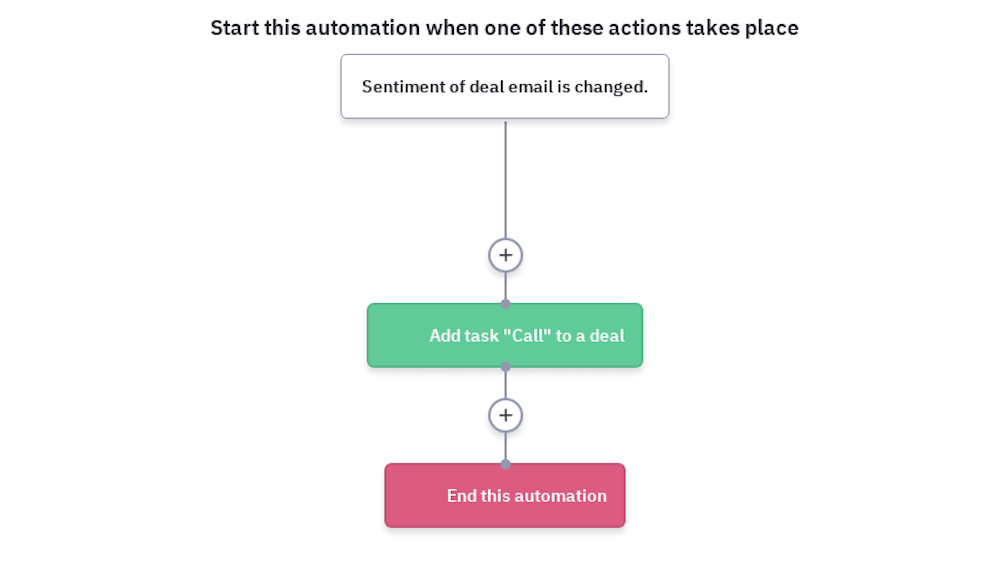 What can a deal's sentiment tell you?

When a deal record is detonated as having a positive sentiment, it lets you know your and your deal are discussing common ground. They have a need or issue and your product is right up their alley. Or perhaps they're just excited about the prospect of using your services but need more information. Whatever the situation, it's important to get the information over to the deal's owner quickly, so they can use the information while it's still pertinent to have a productive conversation and move the deal forward along the pipeline.

This automation is triggered when the sentiment of a deal's email changes to positive. The automation then creates a task for the deal owner to reach out so they can use the momentum to help move the deal forward in the pipeline.

Here's how this automation works:
1. The contact enters the automation when their deal sentiment changes from To Be Determined to Positive.
2. The contact then arrives at an add task action and a task is assigned to the deal owner.