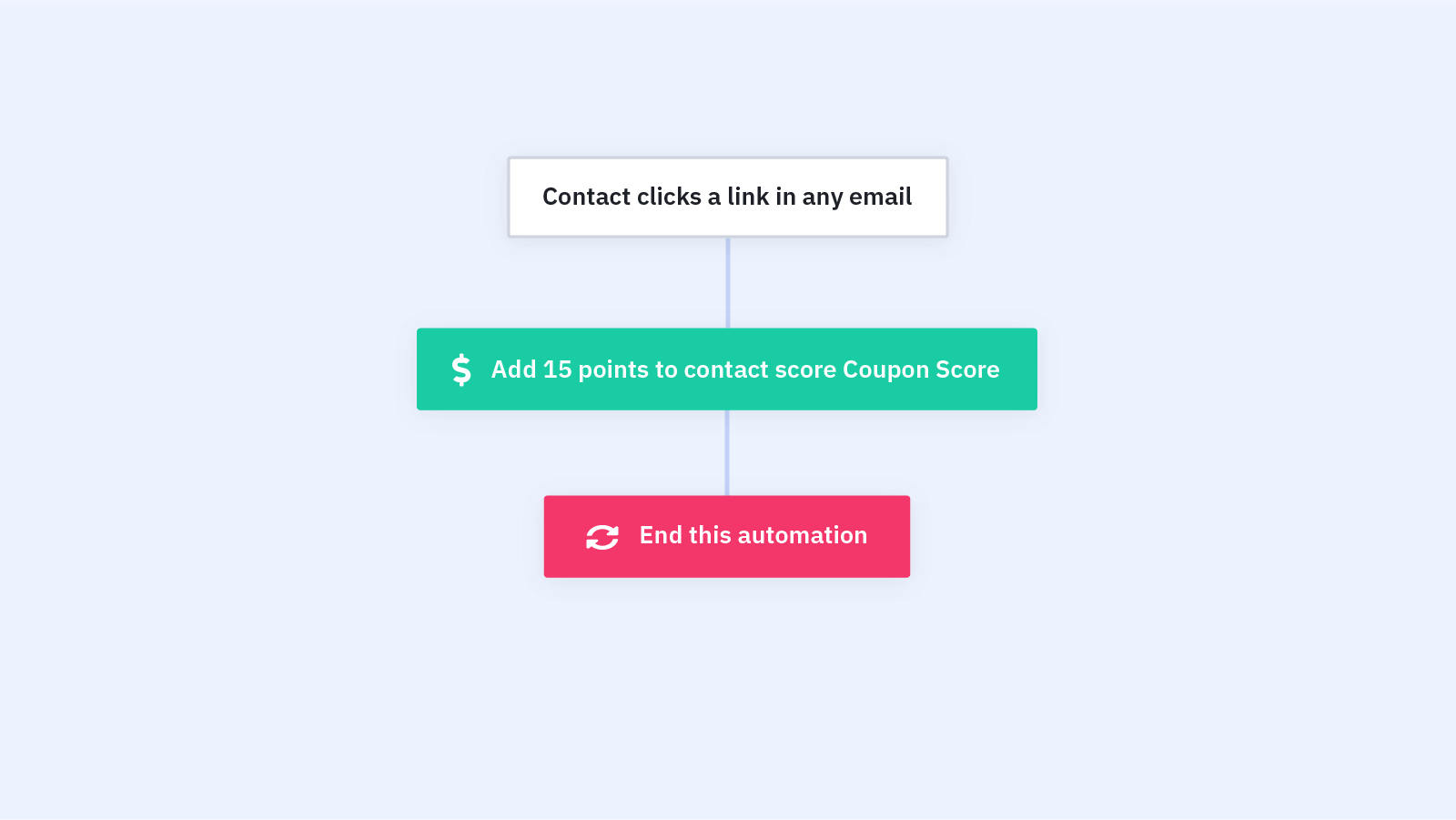 Your contacts can show email engagement in 2 primary ways:

Campaign clicks (or a lack of clicks) can show which of your list subscribers are frequently engaged and who are still receiving your emails but maybe only glancing at or occasionally opening them.

To keep track of email engagement for campaign link clicks, you can use automated lead scoring in ActiveCampaign. It's so easy you won't even notice the work when you use the Add Points for Campaign Link Clicks Automation Recipe.

With this automation recipe, you can add points to a score any time a link within an email is clicked by a contact. The point value is a suggestion. You'll want to edit it to what makes sense for your score.

How does the add points for campaign link clicks automation work?>

This automation is really simple! Here's how the add points for campaign link clicks automation works:

1. The automation is triggered when a contact clicks a link in a campaign. For the purposes of engagement, it is recommended to set the trigger to "any link" in "any campaign."
2. The automation adds a set amount of points to their contact score when the contact clicks a link in a campaign. You can customize what point value you want to add for this action, as well as set a points expiration date. Generally, a click on a link in an email should distribute more points than an email open.

What do you need to use the add points for campaign link clicks automation recipe?