Many people interested in email marketing, especially those new to it, want to know how many subscribers they can send to through their list at one time.  The thinking here is that email marketing is a sheer numbers game that can be mastered by being handed a large list of prospective leads.  The more emails you can muscle out at one time the greater the chance you have of maximizing your returns. In doing so they succumb to a “cold calling” mentality.  They do this despite the fact that cold calling as a model offers the lowest possible return of all prospecting methods.  What happens is that you annoy the very people you are trying to reach to the extent that your message loses all relevancy to them.  You actually do the opposite of what you set out to accomplish.   You minimize the returns you can expect from your leads and in the process dilute the message you are trying to deliver by sending the same message to too large of a pool. You can also damage your sender reputation and so reduce your email deliverability.
This happens because expectations in such an approach are based on the faulty assumption that if you feed enough people with the same message you cost effectively reach more people that will buy into what you are selling.  The failure of this approach is due to the fact that the right questions aren’t asked in the beginning and there is no strategy mapped out for reaching the audience that is being marketed to.   It’s a brain dead approach to marketing with a clear lack of imagination.  They fail to ask themselves how the message they are attempting to deliver is being received by their subscribers.  Not everyone is going to respond to the same message.    People are too different to respond the way you want them to if you send them the same generic message.
One report showed that the number of read open and click through rates are 2.5 times higher for mailings sent to fewer than 100 subscribers than emails sent to 100,000 subscribers or more.  Effective email marketers send out to lists of subscribers that are segmented and targeted to specific demographics. The email design and email copywriting techniques are targeted specifically at the people the message is being sent to.  As a result their mailings are far more effective.
Ideally you would be able to craft a message that is specific to each and every person that you are trying to reach.   Your ideal subscriber list would consist of an army of one.  In such a scenario you could expect high read open and click through rates.   However,  such an approach is far too impractical to be seriously considered.
You can however increase the relevancy of your mailing by segmenting your list and sending them out to targeted groups of subscribers.  Segmenting lists involve separating lists into demographics that are based on similar needs or interests.  A 2006 study by Jupiter Research found that engaging audiences with more relevant communication can increase net profits by an average of 18 times.
You can begin segmenting your list by creating additional subscriber fields in your subscription forms and sending out targeted mailings to specific groups based on those fields.    List segmentation is an expansive subject which we will explore in greater depth in future articles.
The focus in email marketing has turned away from list building and toward relationship building.   Email marketers learn more information about their subscribers so they can segment their lists into groups that they can reasonably expect to respond similarly.    They then send out targeted mailings to smaller but more specific lists of subscribers.  As a result they can expect higher open and click through rates.

As part of our new email designer we changed some things with how split testing campaigns work. New testing options: test the subject or the complete message In the past you always... A nucleus is considered to be the core of something, with other parts or objects gathered around it.  When doing email marketing (0r any marketing for that matter), it is critical to... 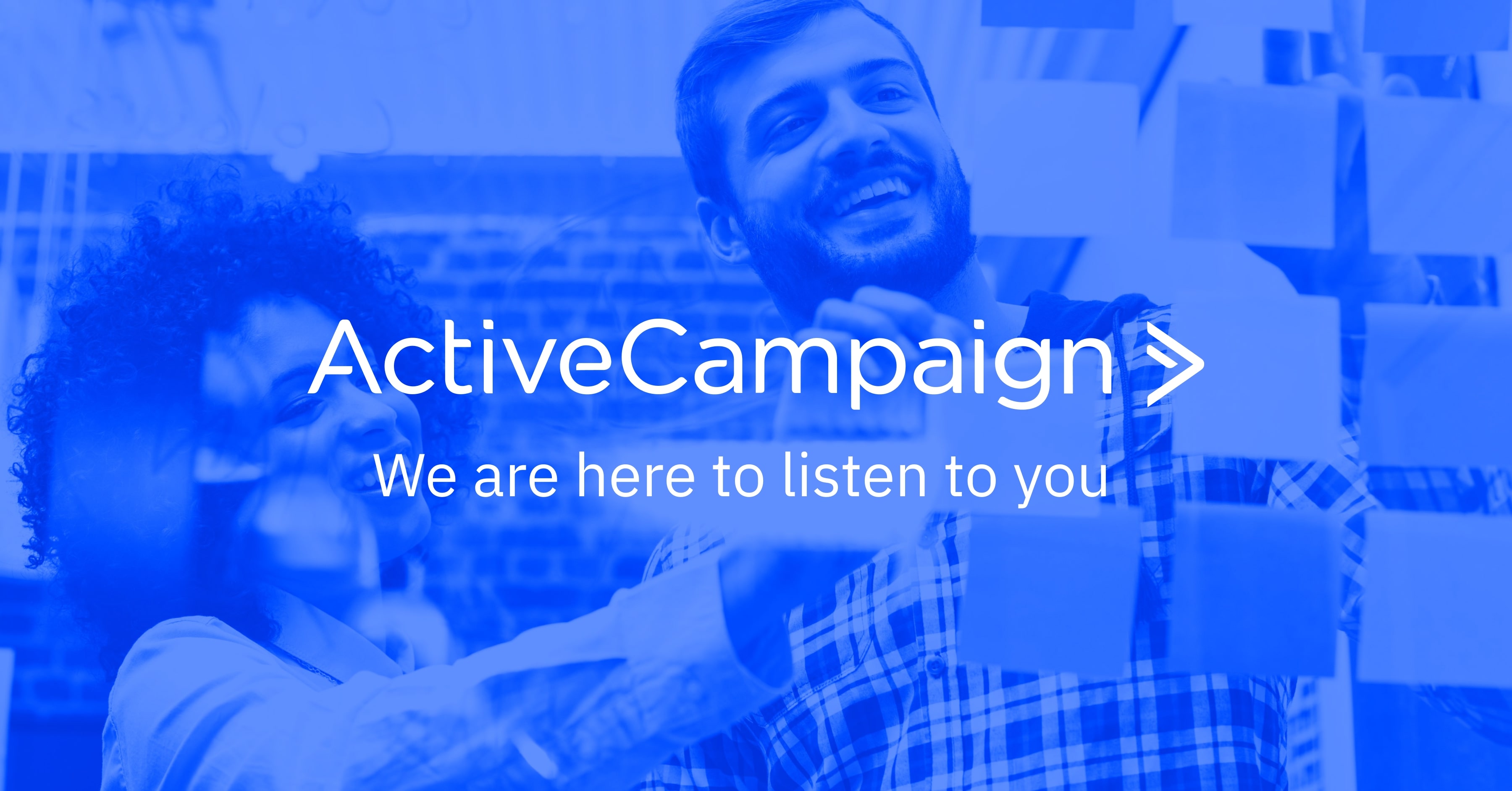 The Power of Listening: How We Drive Ideal Customer Experiences (and You Can Too)

This post was contributed by Nicole Ortmann, Customer Insights Analyst. At ActiveCampaign, we genuinely believe in the power of listening. While our commitment to acting on customer feedback has been...