Being a successful leader, especially a successful front-line leader, is mostly predicated on your ability to coach people.

Help them understand the expectations you have for them, hold them accountable and help them develop skills that will allow them to achieve on behalf of the organization. A critical part of coaching and developing people is providing them with feedback.

My very simplified perspective on feedback is that more is better. I’ve got plans for a post on delivering feedback, but first I’d like to introduce what I refer to as the feedback spectrum.

The center point of this line represents a completely neutral interaction or occurrence. Think of a time when an employee did something completely unremarkable that is exactly in line with your expectations. For instance, work starts at 8 am, and they sit down in their desk and flip on their computer at 7:59am. Totally neutral.

The far left of the line represents an on-the-spot fireable offense; something really truly verifiably bad. Feel free to use your imagination on that.

The far right of the line represents something completely amazing and totally above and beyond. If one of your employees comes to you with a viable plan to increase revenue or team efficiency.

This is the feedback spectrum.

There are a couple very common feedback mistakes I see people make, especially early in their career.

The first mistake is not giving enough feedback. In some instances, I’ve seen people give no feedback at all, which is not good.  More commonly, I’ve seen people only comment on the top 10% and bottom 10%; essentially only providing feedback when someone has done something extraordinary, either in a good way or a bad way.

This is essentially the same thing as giving no feedback at all, as these types of situations are rare on both ends; unfortunately, it is easy for a first time leader to fall into this trap. What I can tell you from experience is that people want to know where they stand: good, bad, or indifferent. Lack of certainty can cause all sorts of strange things to happen. Maybe a top performer thinks you don’t like them because they never hear feedback from you. What if that makes them anxious? That anxiety could cause them lose focus or even cause them to take a call from a recruiter when they are otherwise happy. Maybe a middling performer thinks they are crushing it because they never hear from you, or worse, maybe they could be crushing it if they got more coaching.

Another common mistake is that people give overly aggressive feedback on things that are worthy of a small correction. If the person who has shown up on time for six straight months is 10 minutes late on Polar Vortex Day in Chicago, they probably don’t need to be written up. Unless they are an air traffic controller, they should be on-time. Conversely, it’s important to not over-praise people for modest accomplishments as it can seem disingenuous or even appear as favoritism to the team.

What you are shooting for is a nice, proportionate smooth gradient from the center of the feedback spectrum out.

Once a habit or pattern of behavior is established it is difficult to change so it’s best to start feedback early and to get comfortable starting your feedback one click above and one click below that totally neutral point, giving small praise and small corrections while adjusting your tone as things are more serious or more positive. This will help your team always know where they stand. Also, it will help them better interpret your tone. If you give minor corrections from time to time and you find yourself in a situation where you need to dial up your intensity, they will recognize your change and that they severity of the feedback has increased. When it comes to feedback, more is better, as long as you’ve got your feedback spectrum properly calibrated. If you include images in your Email Marketing campaigns, users will have to manually confirm that they want to load images within their email client: This can disrupt your initial... 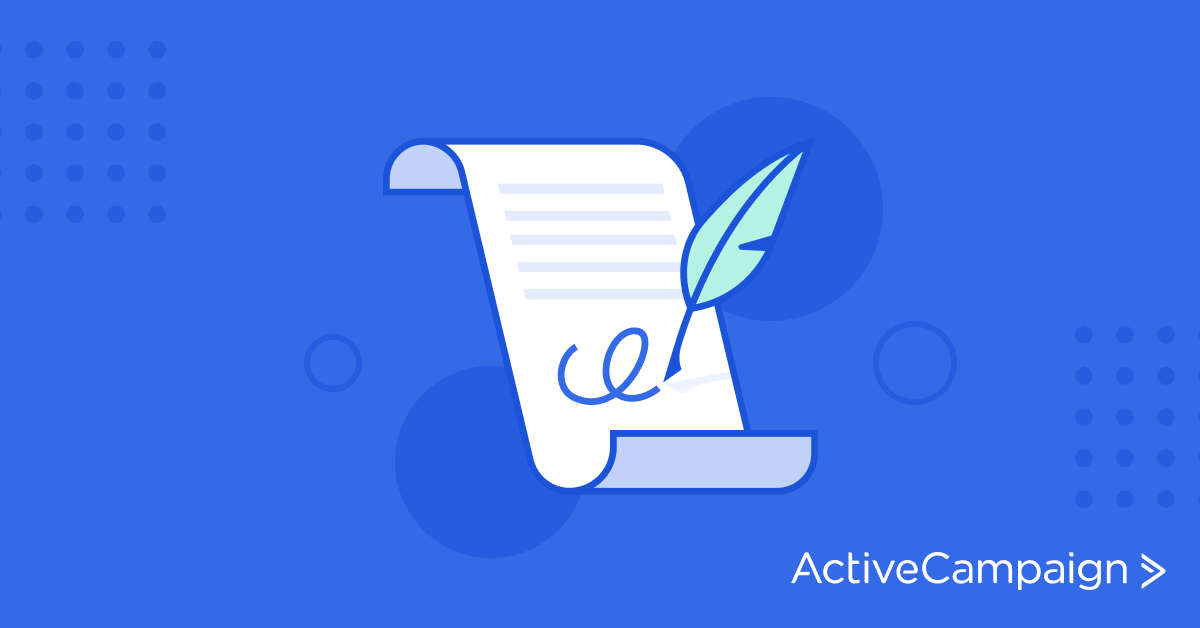 43 Copywriting Quotes from the Best Copywriters in History

When you’re learning about copywriting, there’s no need to reinvent the wheel. Great copywriters have existed for hundreds of years. Claude Hopkins’ Scientific Advertising, still considered a classic of the...

As a friendly reminder, our office will be closed from December 31st thru January 1st. We will be providing limited technical support during the time our office is closed. Have...