Heather Read has a lot of demands on her time. That’s probably an understatement. She’s a full-time family photographer with clients spanning from Chicago to Detroit. She also had her first child a year ago, so she’s a stay at home parent.

Yet, she manages to balance her business with the needs of her family and still has time left over. By automating her lead generation process, she’s been able to focus on the aspects of her business she enjoys and excels at. She’s less stressed and more productive than ever. But, it wasn’t always this way.

Only a couple years ago Heather was overwhelmed and dissatisfied. Like many small business owners, she started her business because she wanted to make a living doing what she was passionate about. But, she found herself spending most of her time doing anything but photography.

Instead, the bulk of her time was spent managing behind-the-scenes processes. She was stressed out and it felt like she was running on a treadmill.

“I was being drained by monotonous tasks,” says Heather. “I was stuck in a rut.”

She and her husband discussed it constantly. Where was her time going? What needed to change? What was the solution?

Too much of a good thing

Early on, Heather made a wise decision by focusing on local SEO to get organic traffic. She’s lucky because she no longer struggles with getting traffic to her website and creating leads. She’s getting plenty of leads, but this actually creates a different problem.

An analysis of her workday revealed that most of her time was being eaten up by what she calls “zombie leads” — leads that appear like any other, but will never end up converting. These leads were the walking dead. They didn’t eat brains, they ate her time. Why was she drafting thoughtful emails to people who never responded? If they did reply, they were often only tire kickers who either didn’t have solid plans to follow through or were only interested in finding the cheapest photographer.

This is a common experience for many freelancers — graphic designers, content writers, virtual assistants, and many other freelance businesses struggle with the same problem. Most aren’t bringing in enough revenue to hire an employee to handle it.

How then can someone like Heather balance client communication during the marketing and sales process with actually getting the work done?
She needed a way to identify her best leads; the people who were: If she could do that, the time she spent drafting emails and arranging phone calls would actually be worth it. If the zombie leads are removed, communicating with her leads would take only a fraction of the time. With those three automated processes in place, Heather could eliminate almost 30% of her work freeing up a huge chunk of time and eliminating the frustration and disappointment of investing time into relationships that would never work out.

Here’s how Heather did it…

This is smart. Pricing is important to people and by giving it away as a download, people can access it right away without having to call someone on the phone. Doing it as an opt-in rather than just a download also provides just enough friction that the uninterested probably wouldn’t even bother so she’s eliminating some of the noise while generating leads she can follow up with.

About 12% of visitors go through this step, so she’s generating quite a few leads with this method. This is part of the reason her manual follow up had been so time-consuming. Effective lead generation was both a blessing and a curse.

The next step in optimizing her workday was to automate nurturing these leads with follow up.

With a small freelance business like Heathers personal interaction is very important. Customers expect to interact with the photographer personally.

Heather struggled to figure out how she could create automated follow up without sacrificing the personal attention that people expected and had made her so successful up to this point.

Heather was able to create an automated follow up sequence that included her warmth and personality. The emails she included in this sequence were very similar to the ones she had been manually drafting and sending in the past.

But, by sending these in an automated sequence, she eliminated all the manual follow up creating a huge time savings each week. She spent about six hours getting it set up, and she saved almost ten hours per week of work.

So, in the first month alone, she saved 34 hours of time off her six hour investment!

Setting up automated follow up sequences is one of the biggest time savers and productivity boosters for a freelancer — or any small business, for that matter.

Heather’s follow up messaging is focused on explaining why she is a good photographer and subtly making the case for why she is worth her pricing.

Throughout the sequence, she invites the contact to reply with any questions.

Use this automation in your business:

Heather uses a relatively simple follow up sequence to nurture her leads. When a contact replies to one of her emails, a strong signal of engagement, she automatically creates a deal record in her sales pipeline. This allows her to track the opportunity, create tasks to manage her workday, and keep all her communication and notes organized.

This automation sends a welcome email and two follow up emails. You can add as many additional follow up emails as you need. If at any point the contact replies to an email, a deal record will be created and added to a pipeline you choose. A task will also be created reminding you to reply to their email.

You can import this automation now and begin using it by clicking the button below, copying the link, and then importing it using the instructions here.

Now that Heather was automatically collecting leads and automatically following up with them, she needed a way to know who was worth investing her time in and who wasn’t.

Heather giving her pricing away up front is smart for another reason… if you give your pricing information to someone and they tune out (they stop opening your emails) that’s a pretty clear sign they’re either not interested in the project any more or they’re not interested in having you help after hearing how much you cost.

That’s a significant chunk of leads that can be carved out, right off the bat. If they stop engaging, they’re automatically dropped from the list with an automation.

Use this automation in your business:

Heather assumes that leads who aren’t interacting with her follow up aren’t interested. Rather than continuing to email these leads, she unsubscribes them. This keeps her deliverability high and let’s her focus on the leads that are engaged and interested.

This simple automation looks for contacts that haven’t engaged by opening emails or clicking links and unsubscribes them. You can import this automation now and begin using it by clicking the button below, copying the link, and then importing it using the instructions here.

If they keep engaging, they’re still interested — even after hearing the pricing. These are pretty well-qualified leads but it’s still too many leads to personally interact with. Heather needed a way to further qualify her leads.

Heather asked people to book time to speak with her by phone using a scheduling service called Calendly. This is smart for a couple reasons:

Once a lead has been collected, and it’s been nurtured, and they’ve been qualified by engaging after learning about her pricing, Heather speaks with them on the phone.

On this call, they get into specifics about how the session will go, what to expect, and she tries to get a date and time commitment to make it happen.

The number of leads that make it to this point where they get her personal time are a fraction of the total leads entering her pipeline but they’re extremely serious about working with her.

When Heather has someone on the phone, her close rate is very good. She’s not a salesperson, but anyone who makes it to this point is probably pretty sure Heather is the photographer they want to work with; they just need a few questions answered and reassurance that Heather’s attitude and demeanor would be compatible with theirs. Heather’s business is not completely stress-free or running 100% on autopilot. But, she’s spending far less of her time communicating with dead end leads and more of her time focused on what she enjoys — photography. Ubersuggest: A Review of the Updated Keyword Research Tool from Neil Patel

Source: Neil Patel, Ubersuggest It isn’t often that a new keyword research tool hits the market. Most people who do SEO and content marketing use a pretty narrow selection of... 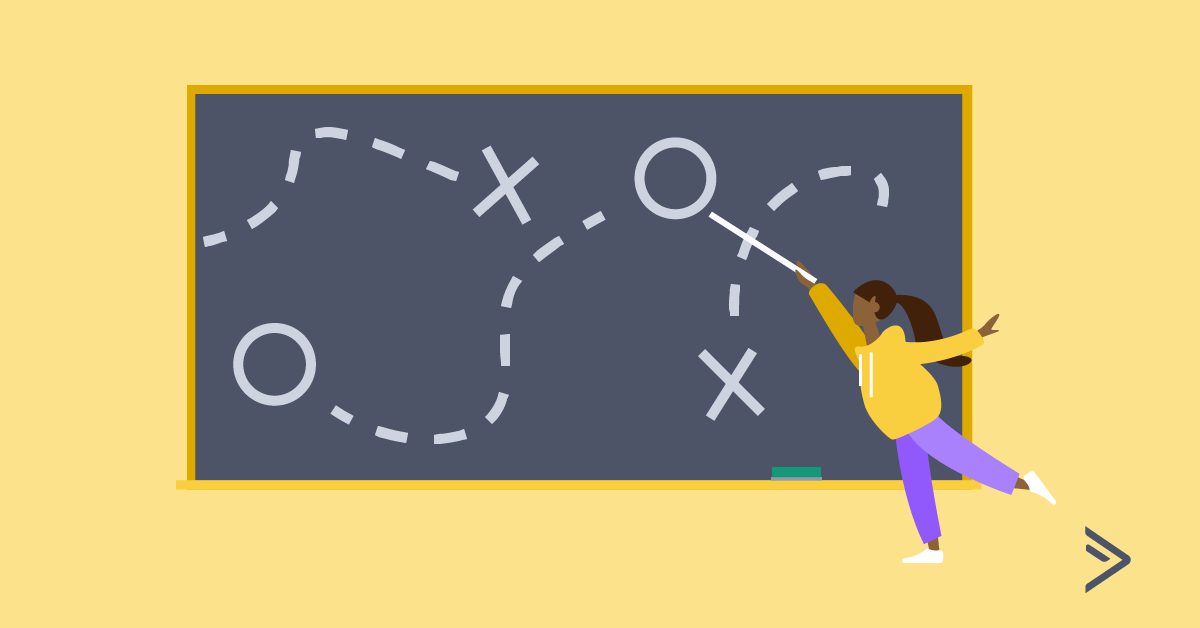 How to Navigate Your Career Path in 7 Steps

Imagine that you had your own personal roadmap that laid out the specific steps you need to take to get to the next destination on your career path. I know... 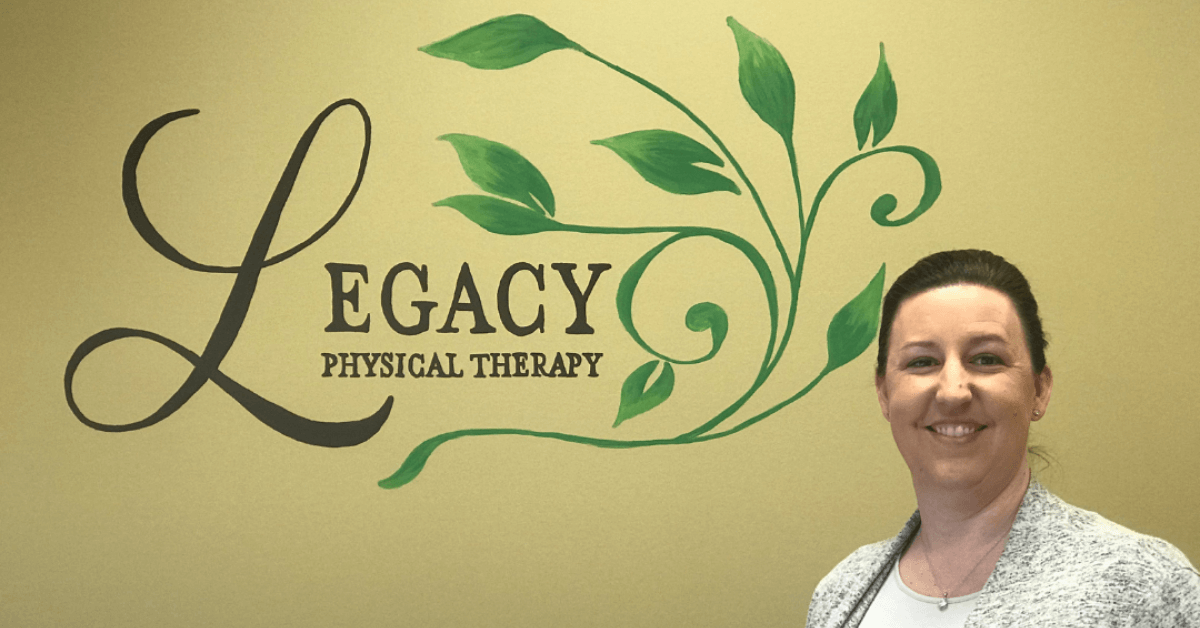 For someone suffering from pelvic issues, talk of medication and surgery can be intimidating. And even though health issues that interfere with daily life are frustrating, not everyone realizes that...