If you followed Game of Thrones during its run, every episode came with a key question.

Turns out – a lot of people. But everyone had a different opinion about who (and how).

That’s how the Game of Thrones Death Predictions game started – as a way to keep track of death predictions and declare a winner at the end of each season.

There’s a lot that goes into running a death predictions game. You need to…

And from this, the ActiveCampaign Success team’s Lupe Puga saw an opportunity – to use our very own platform’s lead scoring and automated emails.

How to keep track of everything (without using paper)

“For the season premiere, people online were posting pictures of a death predictions game they created to guess what characters would live and die. They had their friends fill out and hand in this piece of paper.

I loved the idea so much, but thought that I would save some trees and optimize the experience by using ActiveCampaign.”

What do you do to keep everything organized and episode update emails sending on schedule?

Here’s how Lupe automated the manual work of running the game. She:

The form to fill out live-or-die predictions.

Once people filled out the form, they were added to a Game of Thrones contact list and the automation began. The welcome email that all contacts on the Game of Thrones list received.

The show aired every Sunday night. Should Lupe send the emails on Monday morning? Or when they were most likely to be opened?

After all, the truth about Cersei’s fate is not an email anyone wanted to miss.

ActiveCampaign’s predictive sending lets you check a box to send your emails the right time for each recipient (when they’re most likely to engage).

When you play the Game of Thrones [prediction game], you win or you lose…based on lead scores

“Before the season premiere, I created a form that was due an hour before showtime. Then I used Contact Scoring to match up answers and award points.”

Each update email would include prediction progress information – in other words, who was winning or losing with their predictions.

“If you do it by paper, how do you compile all those answers? Who’s going to count everything? I don’t have the time for that. I still had to put some effort into the lead scoring, but that was more fun and efficient than counting by hand.”

After each episode, Lupe used lead scoring to create points for major events (and if you correctly guessed whether characters lived or died).

Every character was assigned two leads scores – 1 point given if the guess was correct, and 1 point taken away if incorrect.

For example, if someone guessed that Arya died and became a White Walker, that was negative 2 points. (Come on, they never would have done that. Silly prediction).

Lupe’s first experience using ActiveCampaign for this project was inspired by listening to many customers describing their own good experiences. Lead scoring turned out to work better than she anticipated, and the automations were a great time saver (especially after watching on a Sunday night).

But she also learned some things that will make the next automated show prediction game even better than her first successful run.

Her top takeaways are:

Game of Thrones probably won’t be the last television prediction game that Lupe automates. After all, World Cup Soccer and March Madness are still on the table…What show should she automate next? Suggestions are welcome. 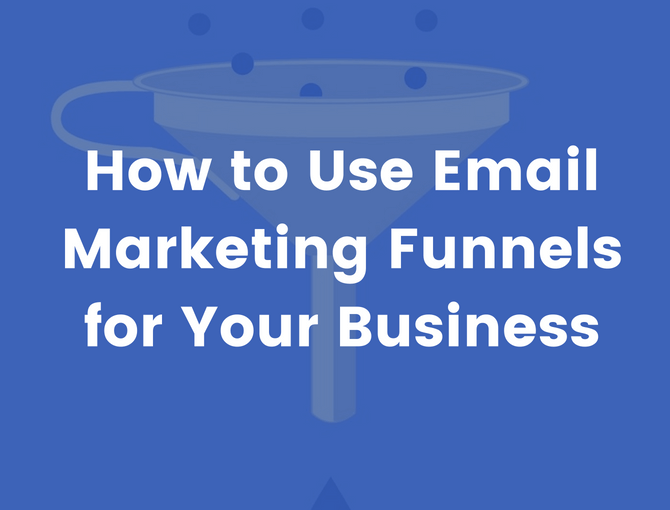 How to Build Email Marketing Funnels That WORK

Just about every business shares the same ultimate goal. Sell its product or service and then turn its one-time customers into repeat customers. While this goal is simple, it is... What Can I Write a Blog About? 23 Places to Find Unique Blog Content Ideas Five bad customer service examples and how to fix them

Imagine you’ve come across a new phone case you like and buy it. You’re so happy with the new case that you review it online and recommend it to a...