This post was contributed by Ryan Chapman, co-founder of YetiText.

With its high open rate (98%), short message size, and amazing effectiveness for connecting with contacts, texting is one of the most rapidly expanding marketing and sales mediums in the marketing automation world.

But there is a dark and often hidden underbelly of the texting world that many don’t know about — and even fewer mention: Deliverability.

After years of working with email, most everyone knows that just because you send an email doesn’t mean it will be seen (or even delivered). Because of this awareness, we practice list hygiene, we are careful about what we write in our emails, and even our Domain Name Server (DNS) records become a concern. ActiveCampaign is in constant contact with email service providers to ensure that emails are delivered as expected.

But when it comes to texting, the playing field is very different.

First, there are fewer players. In the United States, for example, there are just 5 major carriers that control the flow of all text messages. There are some agreed upon rules for text messages based on what kind of number is sending the message, but not all of the carriers respect those rules.

When a request to send a text message is sent to a carrier, some will respond with a simple message indicating that they received the request. Others will go so far as to report back that the message was sent to the recipient’s phone. However, very few will regularly report if the message was delivered.

Experience from sending hundreds of millions of messages over the past decade has shown that most messages are in fact delivered, but the uncertainty combined with the cost can cause some concern.

I want to share with you 3 things that you can do to make sure that your messages are delivered every time:

1. Don’t include links to domains you don’t control

A basic text message is limited to 160 characters, so when including a link, we frequently use a URL shortener. When you hear URL shorteners, you may think of bit.ly or the like. But one of the things that carriers look for when deciding if they will deliver a text message is the domain name used in links.

If someone is sending out text messages with a link that the carrier decides it doesn’t want to deliver, they will extract the domain name from the message and then block that domain and any phone numbers sending links with that domain. This means that if you happen to send a message during a time when that domain is in a timeout state, your message would be sent to the carrier, the carrier would take your money and “say thanks, I got your message,” but then they would throw that message in the trash — and your contact never sees it.

If you include links in your messages, I recommend that you take control over your reputation with the carriers and only use your own domain for shortening links. The domain doesn’t need to be anything special. When we first became aware of this, I was using 3 character domain names from places like Belgium, so that the length of the domain portion was as short as possible.

I’ve since learned that domain names that are that short seem more prone to being flagged just because they are short, so I recommend a domain name that is 5 characters plus the .com or whatever ending you’re going with. You still want the overall domain name to be relatively short; remember that, including links, we are trying to preserve our 160 character limit.

This one is a real bummer for many folks. Most people who start using YetiText want to start with a broadcast out to their entire list. While there are certainly situations where this is appropriate, many times it’s less effective than you might think. But regardless of the effectiveness of sending a broadcast, there is another gotcha that you want to look out for so your message is delivered.

To understand this gotcha, you need to know about the three types of phone numbers that can send text messages:

Services like YetiText use A2P numbers, which carriers have said can send 1 message per second, but in reality, carriers are limiting the rate of sending to match what a human might do with a P2P number.

If you don’t throttle the sending of your text messages from an A2P number you’ll only be allowed to send 200 messages a day before carriers stop delivering your message. For many businesses this makes texting impossible.

Fortunately, there is good news. If you use a service that throttles your messages for you, then you can send thousands per day and the carriers will deliver your message!

3. Remember that texting is a 2-way street

You already use texting with friends and family. You know that when you text someone the expectation is that they will be able to text you back.

In texting for businesses, 2-way conversation is where all the money is made. As you encourage contacts to text you back by asking conversation starting questions, you open the door for contacts to bring up questions and concerns that hold them back from making a buying decision.

It’s not uncommon for business owners that begin engaging with contacts via texting conversations to double their sales. On top of that, when carriers see that folks are engaging with you in conversation they are more likely to deliver all of your messages.

Texting is a powerful way to connect with prospects and help them see your business in their future. Use these 3 tips to be more effective at converting prospects to customers and building long term relationships with your contacts!

Ryan Chapman is the author of The Messaging Connection (available on Amazon) and co-founder of YetiText, which extends ActiveCampaign’s powerful automations to include full feature texting. Learn more about the YetiText and ActiveCampaign integration.

The list-unsubscribe email header has been around for quite some time.  Hotmail, Yahoo, Gmail, and many others have adopted this to assist with unsubscribing from mailings. When the header is... 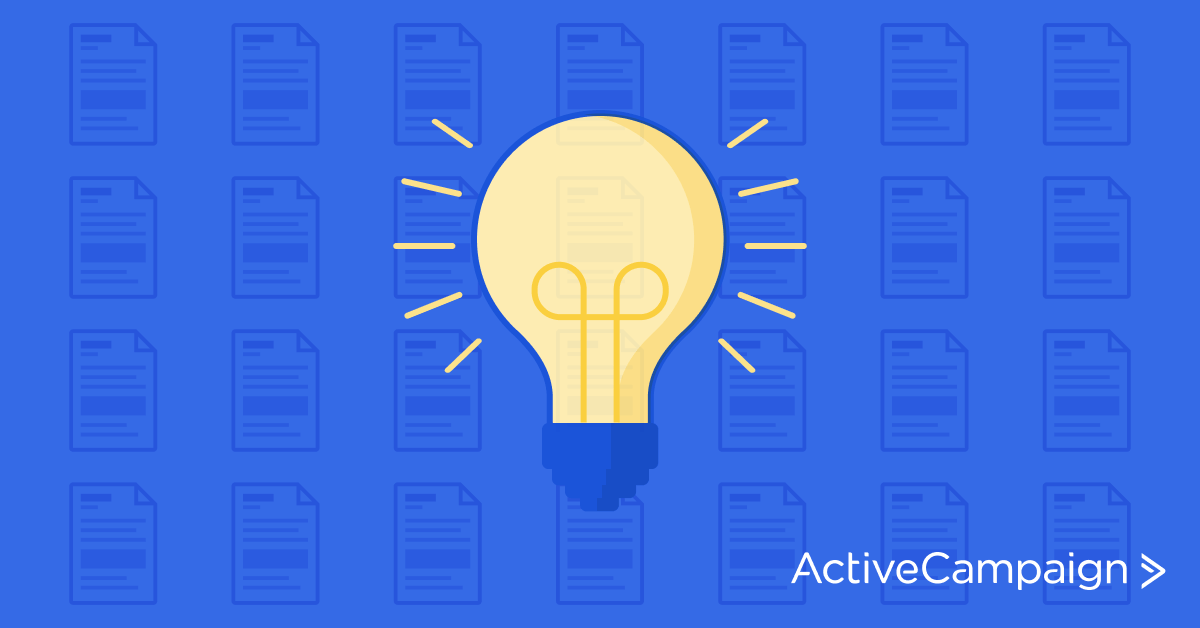 27 Newsletter Ideas You Can Use to Engage Your Readers

What should you put in a newsletter? It’s one thing to hear that a newsletter is a great way to stay in touch with your audience. Or to hear the... 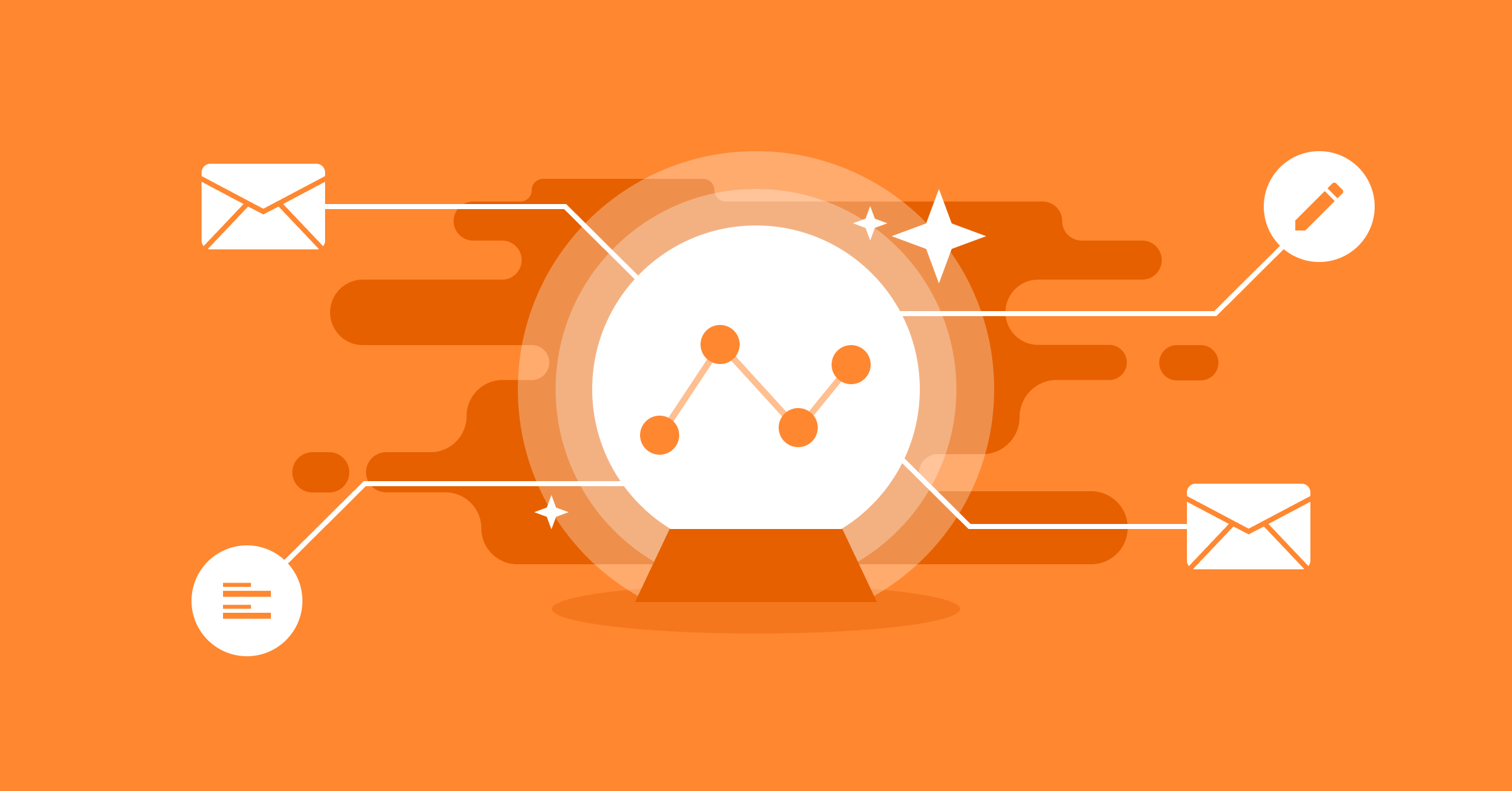 How to Use Landing Page Automation For Your Business

Marketing automation and landing pages are 2 of the most powerful tools in your digital marketing toolbox. They’re a huge benefit to any marketing strategy on their own, simplifying your...