One of the best things about being an ActiveCampaign user is that you are listened to. We care about your opinion and feedback and we try to roll as much input from our users into the platform as possible. You are an important part of our development process.
So, when we heard that some users were struggling with how their emails appeared in Inbox by Gmail (because of the lack of media query), we knew we had to do something about it.
Today, we are rolling out another improvement to our email designer: you can now create full width emails. If you don’t already have this feature, you should see it within the next 24 hours.

Previously most of our Designer campaigns had a fixed width which defaulted to 650 pixels. Now you have the flexibility to specify the width of the email or set it to automatically fill the entire width:

Having the background container of your campaigns span the entire width allows the background color to fill the display pane completely which might make your campaigns more visually appealing.
This also helps bypass the “small font” issue that appeared with some mobile email clients that don’t support media query, like Inbox by Gmail:

Other improvements in this release...

As part of an ongoing focus on making the email design process easier for you, we’ve squashed many layout and design issues.
We’ve adjusted how the Revisions feature saves versions so it’s more intuitive and easier to correct a mistake. The old Revisions system would save every adjustment as you moved an image block around your campaign creating multiple versions for one edit. Going forward, it will save the before and after snapshot for a single edit so rolling back after making an adjustment would just be a matter of finding the previously saved version.
Finally, we’ve made it easier to add images inside of text blocks. Simply drag an image block from the sidebar onto a text block and choose whether you want it left or right-aligned:

How can we make ActiveCampaign better for you?

This latest improvement to our campaign designer was suggested by a customer in our feedback forum. If there is a feature you would like to see, or an improvement you’d like us to make, please take a few minutes to submit your idea.

With the arrival of winter we’ve design this pretty bright blue email template to remind us how much we’ve already missed summer. With hazy blue clouds and utility poles that... 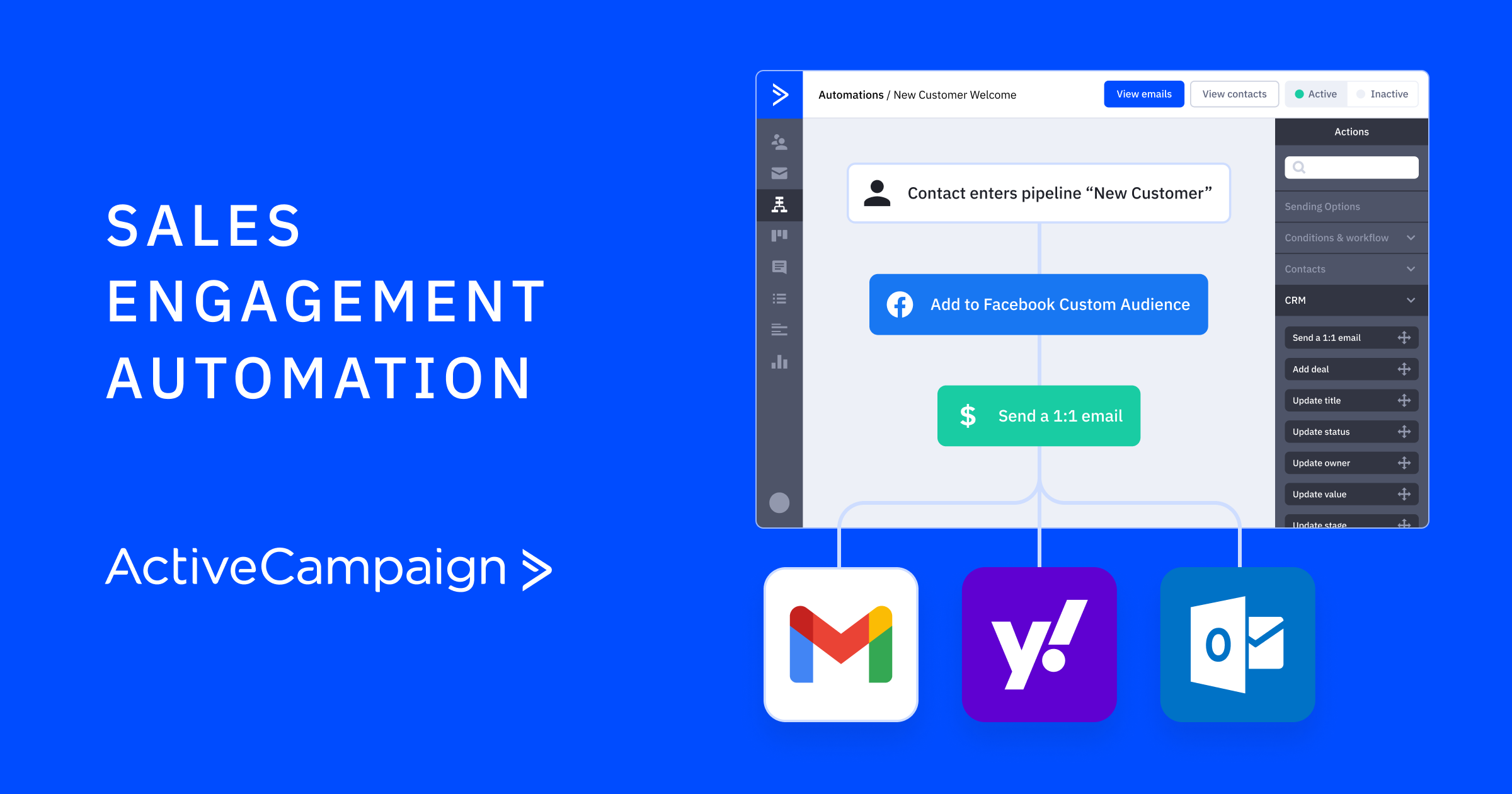 When we think of B2B businesses, we know one thing to be absolutely true – relationships are important and drive business growth. But, building relationships can be difficult when your...

We fully understand the frustration of trying to design and code your email layout without it breaking all over the place when viewed in your inbox. Your email design is...