Driven by a passion for dogs

The sun was still fast asleep below the horizon when Megan Stanley arrived at her Calgary dog training school, Dogma, in the wee hours of a chilly morning. It was 6:30, the start of what would be another 12–15 hour day.

Often, Megan wouldn’t finish teaching until well past 9:30 at night, and she came in on weekends to do the paperwork she couldn’t finish during her class-packed week.

“I felt like I had built myself a prison.”

Megan felt trapped by the long hours she spent everyday at her dog training school. But this was her passion. As she says, “we help build confidence in dogs. We want to make sure they understand that the world is a safe place for them.” She loved training, and wasn’t about to give up on her mission to help dogs be successful.

How had she gotten here? When Megan started, she put the mission before the challenge. When she sought training for her own dog, she realized that the training industry had a problem. “I didn’t see a lot of options for him that didn’t involve some really punitive, heavy methods.”

So many facilities were run by well-intentioned dog lovers without formal training. Through the classes she taught at veterinary clinics and her work with rescue groups, she learned how this well-meaning but misguided training affected dogs and the families they were part of. The behavior of many of the dogs was causing problems in their families.

That’s when the lightbulb went off.

“We had this big hill that was going to a house we lived in at the time. I remember going down and being like, we just need to do better. I’m going to open a facility, and I’m going to make sure we are certified trainers. That was the moment I realized I really wanted it bigger. I could do so much more with it.”

The decision to open a dog training school was a big one. But this wasn’t the first time Megan had risen up to a challenge.

“No” was a word I heard over and over

When Megan arrived at her dog training school bright and early that chilly morning, she opened the door to a space that took her two years to find.

Two years. That’s a long time. Why not just quit after a year and go work for somebody?

“I knew I was onto something different because people didn’t understand it. The more no’s I got, and the more naysayers, the more I wanted to prove them wrong. They became a little bit of a fuel to the fire.”

This was Megan’s first time wading into the world of brick and mortar businesses. A world she quickly learned was resistant to letting dogs in their buildings. “A lot of people didn’t want dogs in the facility. They thought bringing dogs into a building would mean that the place would be destroyed.”

“No” was a word she heard over and over during the two years she spent seeking a space to open her dog training school. She went from space to space, searching for a landlord that was comfortable with dogs in their building.

Sometimes the landlord said no immediately. Sometimes she was turned down much further along in the process. Then finally, luck struck. She found a building that previously housed a dog daycare facility, run by a private landlord comfortable with dogs in their building.

With the lease signed, her parents were fearful. Megan had self financed the whole thing, because the banks didn’t understand the dog training business.

“It’s taken a lot to even be taken seriously that it’s a legit business. A lot of people say ‘Oh, you play with puppies.’”

After a two-year search to find the perfect space, Dogma Training was officially open.

I had no idea about recruiting and hiring

Megan opened the door to her dog training school. She flicked on the light switch and watched as light flooded the giant space.

She was in charge of opening the facility. And closing it. She was the trainer during the day and the teacher of the classes at night. She was the owner and the sole employee.

At first, only a handful of dogs enrolled at the school. Over time, that number grew. The growth came from two big focuses of Megan’s:

Both of these focuses helped build word of mouth among Dogma’s clients.

Eventually, classes were maxed out at full attendance. The day care had a waiting list. Demand for Dogma Training was soaring. Megan was still the sole employee. The time had come to start hiring additional team members.

“At the time, I was a dog trainer that did really well with the dog training side. I had no idea about recruiting and hiring.”

Thanks to her time volunteering at the local dog shelter and meeting people in the community, Megan had built a strong network to tap into. She also placed help wanted ads on Kijiji, the popular Craigslist alternative in Canada.

“I sort of benchmarked it based on the number of dogs. I did a 12 to 1 ratio with dogs to staff members. So just watching the dog numbers, and as soon as we were hitting days that we’re consistently reaching up to that, then I would hire the next person.”

Despite the additional trainers, demand increased. Megan realized there was only one solution: open a second facility.

Our standards weren’t being upheld

The search for a second facility wasn’t any easier than the first. There was a lot of competition for spaces and landlords still weren’t keen on having dogs in their buildings. Megan kept getting the same response over and over: no.

One day, a landlord contacted Megan with good news. They had a space available that a dog daycare had previously looked at, but didn’t take. The landlord thought Megan might be interested. While only 10 minutes away from Dogma’s first location, the building was in a different quadrant of the city that unlocked a new customer base.

Megan knew she had found the space that would let Dogma expand their classes and training. But the second location also created a new challenge for Megan.

She couldn’t be physically present at both locations at the same time.

“Going from one location where I was sort of there all the time, and suddenly you’re at two locations and trying to balance between the two. That was way more challenging than the first one for sure.”

She had to trust her team to maintain the quality of the Dogma brand at the other location — and that wasn’t happening.

“I felt like I put systems in place. And I thought I had done a really good job of that. And then you realize quality control starts to become an issue when you’re not there all the time.”

The Dogma brand was interwoven with Megan’s identity. With one location, she had been able to oversee every aspect of the business very closely. But now with two locations, she could feel the quality deteriorating.

“It was hard not to take things personally. It could be very discouraging. I found it really hard to see things like the quality going down, that our standards weren’t being upheld.”

She devoted more resources to leadership training for her team. Her goal was to empower the team to maintain the high standards of quality that Dogma was known for. But the biggest challenge of all was within Megan herself.

Dog training is Megan’s passion, and her business was born from that passion. But Dogma didn’t need Megan the dog trainer now. The business needed Megan the business owner.

“That was a big shift for me. Now I need to take this role and really learn this role. The team is now the dog trainers. It was a hard process to go through. I love the dog training side.” Many people in Megan’s shoes would have called it quits when things got tough. While Megan didn’t, she admits that she thought about it.

“I still had those feelings at times. I still do. There are times where I’m like, okay, I’m gonna sell it all, I’m done. And I think those are normal feelings to go through.”

The key is recognizing that you don’t have to go through those feelings alone.

“That’s something I’d encourage people to do much sooner, make sure you’re getting around like-minded people that challenge you, but also understand what you’re going through. You need to be around people that you can talk to about that stuff.”

Entrepreneurs so often have a desire to keep going against all odds. They also have the same feelings of doubt about their ability to keep going that anybody else does. How can you keep going while simultaneously telling yourself you can’t do it?

Megan suggests that some of the biggest failures she’s encountered in her business have forced her to solve problems in creative ways that led to greater success in the long run.

“We’ve made tons of mistakes, we’ve had tons of things that have been really scary for the business, but we’re still here.”

For Megan, obstacles and failures lead to greater strength. And they fuel her drive to never stop, no matter how big the challenge.

“The biggest thing that separates me from anyone that maybe hasn’t had the success is just the fact that we haven’t quit through those times. And I’ve had times where I’ve definitely wanted to. ”

“A lot of people think there’s some trait that no one else has, but I think it’s just been that I just haven’t quit. Let’s just keep trying and see what we can do.” 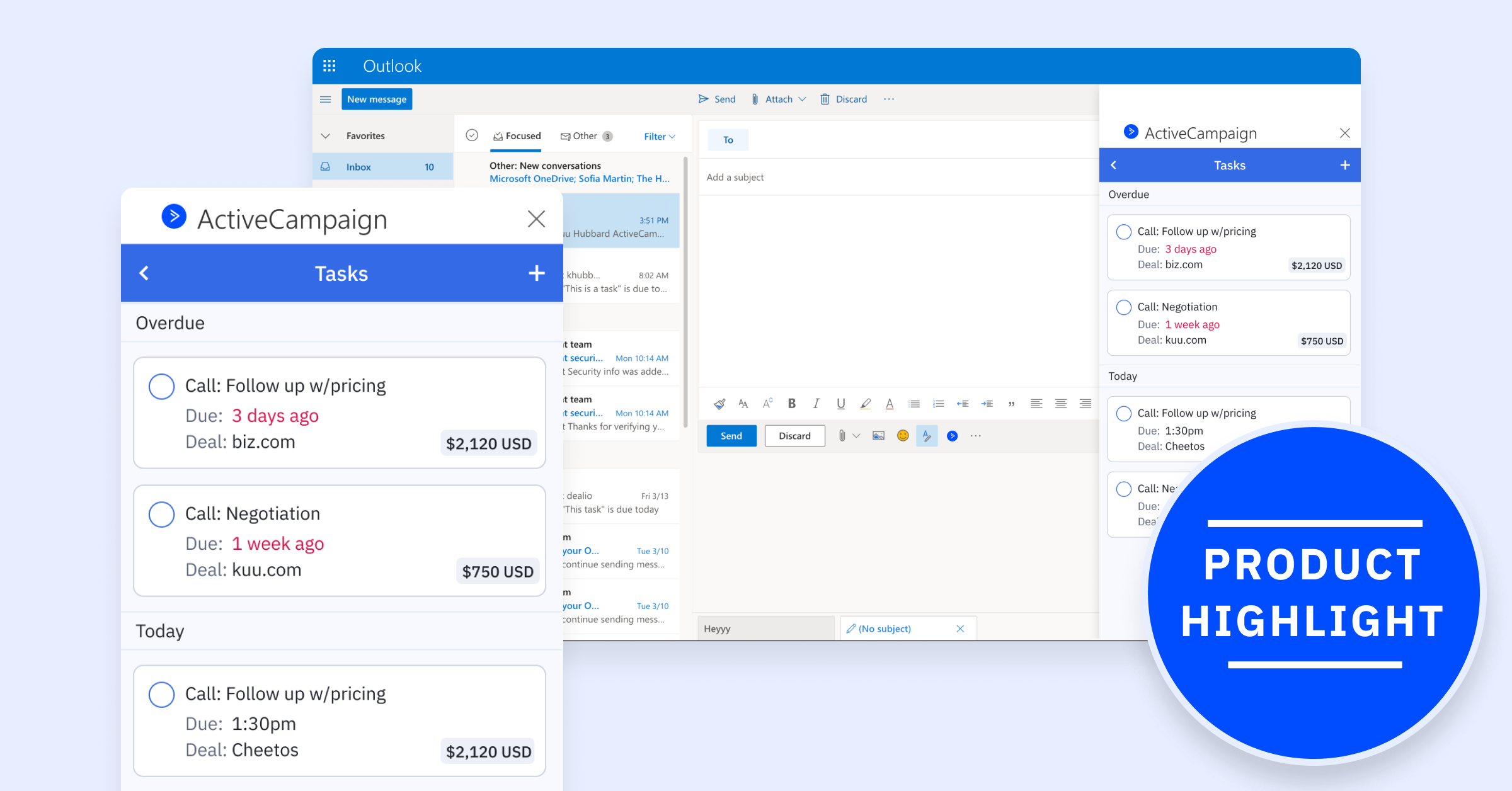 23 Minutes. That’s how long it takes to refocus each time you get distracted. All that time spent (some studies say over an hour every day) toggling between applications meant...

We just released 10 new survey styles for ActiveCampaign Survey Software. You can download these by visiting: http://www.isalient.com/styles.php Login to your ActiveCampaign account. Go to Surveys > Styles to import. 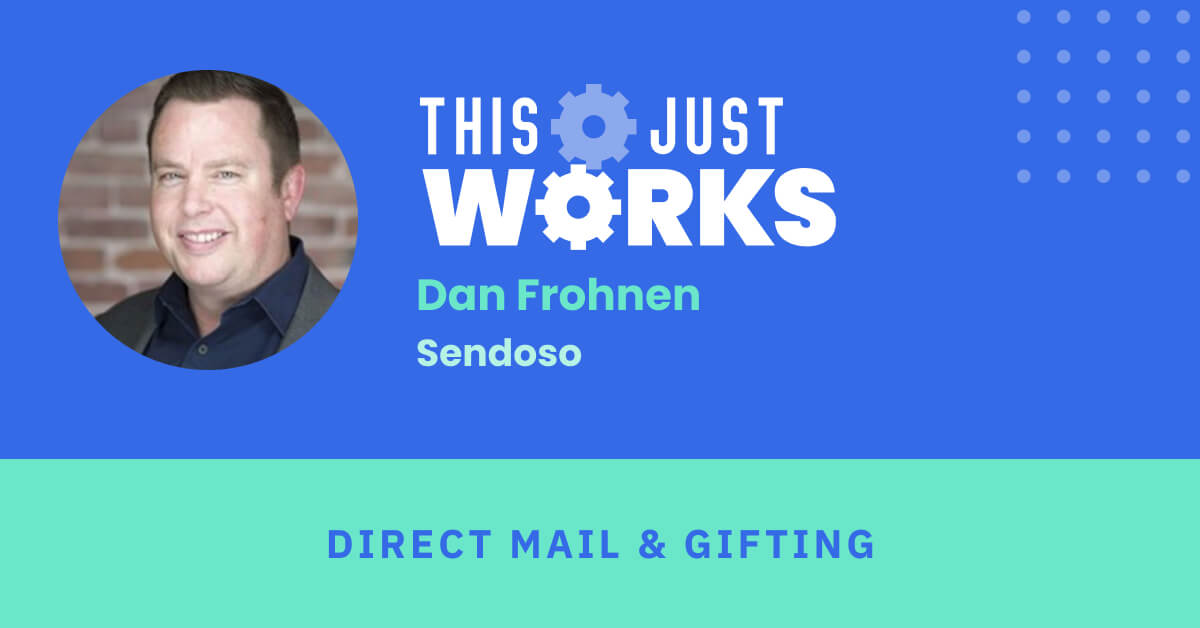 This Just Works: How To Mix Direct Mail & Gifting Into Your Lifecycle Marketing

The world is hyper-digital — but you can (and should) mix direct mail and gifting into your customer lifecycle programs to deliver an offline touch in an online world. Digital...