When you’re working with a sales team, it’s important to be able to get information about deals quickly. Time spent scrolling through notes or searching for phone numbers is time spent not talking to customers.
That’s why we’ve added more deals information in the first of a series of updates to the CRM component of ActiveCampaign. This update will make important information more visible, as well as give you new customization options in the pipeline view.

In multiple views, we’re making contact phone numbers more accessible. Now, you can see contact phone numbers in the Contact Profile, in the Deal Overview, and in the Deal Profile. You can customize deal cards to display phone numbers in the pipeline view.
Instead of scrolling through notes to figure out the context and history of a particular deal, the Deal Description lets you get background info from the Deal Profile page. This will reduce the need dig for information, and make it easier to get your team up to speed on deals.
Who should you contact first? Knowing when each deal was created makes it easier to make decisions about which deal to prioritize. The final update in this release is Deal Age. Visible from the pipeline view, Deal Age is a measure of when the deal was created—information that is especially useful when used with our Win Probability feature.
Because these updates are for our Deals CRM, they are available on Plus plans and above (also available in the Mobile Deals CRM app). As we mentioned, this is the first in a series of CRM updates. Stay tuned as we continue to make it easier to work and communicate within your team.

How to use email campaigns to incite wild commitment

Imagine you’re sitting around a poker table, staring down a handful of straight-faced players. Your cards are okay, but not great. You think they might be good enough to win...

We are always adding new functionality to our ActiveCampaign API, as we want to provide the best possible experience to developers. We recently introduced some new API methods: message_template_export (reference):... 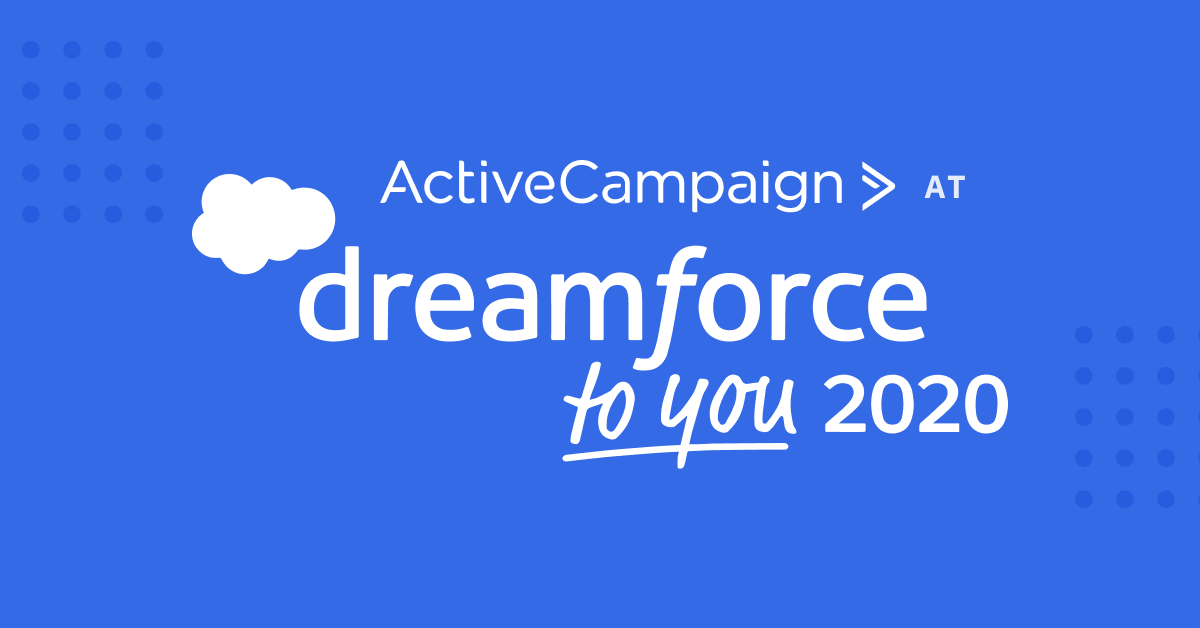 DreamTX 2020: Dreamforce By Any Other Name, Just Isn’t Quite The Same

I don’t need to tell you that this year has been a very different year. We all know that. We all have done our best to simply survive 2020. And...