Cupid’s Charity is a non-profit organization that helps raise money to end neurofibromatosis (NF), a rare genetic disorder that causes tumors to grow all over the body.

Since its founding in 2012, Cupid’s Charity has raised nearly $17,000,000 for NF research. Its success comes despite an unusual challenge: getting people to run in their underwear.

Every year, Cupid’s Charity organizes Cupid’s Undies Run, a charity event that raises funds by having participants run through the streets of major cities…in their underwear. Why undies?

“Neurofibromatosis (NF) is a rare genetic disorder that causes tumors to grow anywhere on or in the body, causing blindness, deafness, learning disabilities and chronic pain. We run in our undies because those affected with NF can’t cover up their tumors. They can’t put on clothes to feel more comfortable, so why should we?”

The challenge: Retention and engagement

First, it needed a way to get people to participate in multiple events. Someone willing to strip and sprint for charity is likely willing to do it multiple times. Cupid’s Charity knew that previous volunteers were the best target audience for their marketing—and, if they could be retained, the people most likely to run again.

Second, the Undies Run takes place in February. But neurofibromatosis is still around in the other 11 months of the year. Cupid’s Charity needed a way to consistently engage with people year-round—even when there was no specific event to promote.

ActiveCampaign makes it easy to stay in touch with past customers and interested audiences.

ActiveCampaign’s segmentation and tagging system makes it easy to send messages that are unique to each specific audience—which is just what Cupid’ Charity needed. 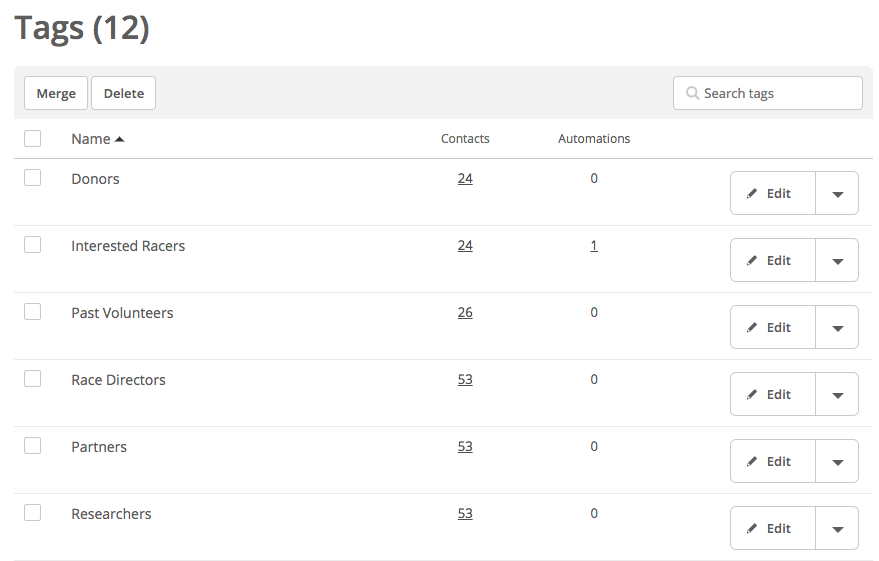 One way to organize tags

Researchers, Race Directors, and Partners all have a different interest in Cupid’s Charity. By tagging each different audience, the organization can follow up (year-round) using targeted messages.

ActiveCampaign can also use emails and automations to get more people to the starting line of the race.

Past attendees can be emailed as the race is coming up (and those emails can even be automated). People who register for the race can be sent automated reminders.

Here’s a simplified example of an automation that reminds registered racers that their race is coming up: 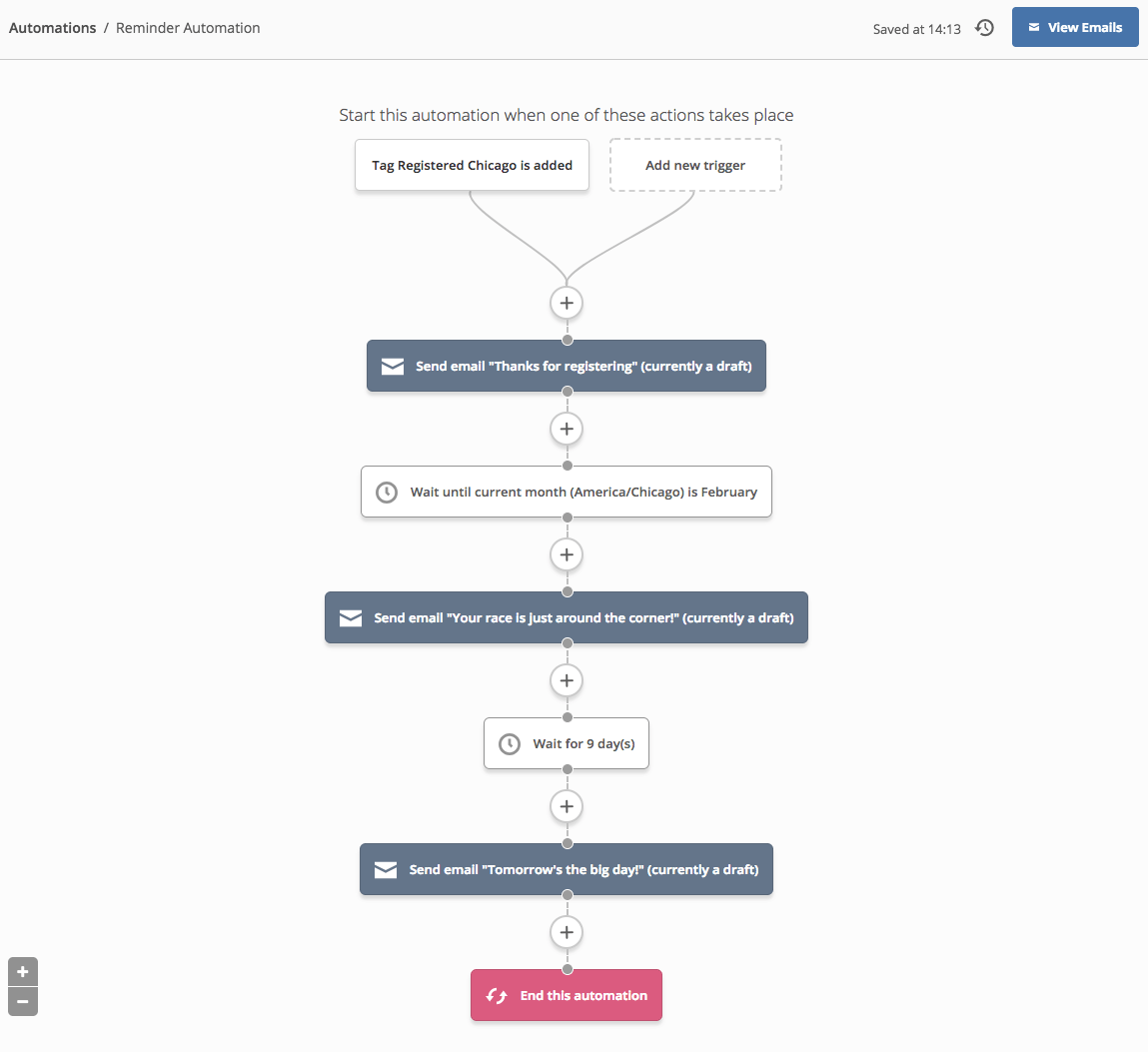 Automations can remind people that they’ve registered. They can send fundraising advice to teams of volunteers, or helpful race-day tips. The flexibility and ease of ActiveCampaign makes it possible to put together the automations and reminders that make the most sense for your business.

“One thing we really saw was an increase in our retention rate and also our conversion rate. And we wouldn’t have been able to do that without the features and availability of support with ActiveCampaign.” – Madison Martin, Cupid’s Charity

After implementing ActiveCampaign, the retention rate of Cupid’s Charity more than doubled.

Year-round communication has also increased—the organization can stay in touch with participants, fundraisers, and donors. Just like they wanted to.

“Switching to ActiveCampaign was the best decision for our company. Their tools, resources, and customer support go above and beyond and have really helped us reach our email marketing goals. I would recommend ActiveCampaign to any organization that is serious about upping their marketing game and who wants to see real results.” – Madison Martin