ApproveMe makes it easy and inexpensive to get legal paperwork signed. It is a solution born out of the frustration experienced by many freelancers, programmers, and small business owners as they pass documents back and forth by email or are forced to send people to an outside website. There are no monthly fees, it can be installed on any WordPress website, there are unlimited signers and users. It produces court-recognized contracts and is UETA/ESIGN compliant. It’s a customizable, user-centered solution to a common problem that checks all the right boxes.

Yet that doesn’t explain its success.

Many great software solutions generate no interest and end up failing. It’s not necessarily that their product was flawed, it’s that, for a variety of reasons, their launch did not go well and they didn’t have the revenue to sustain a slow growth pattern.

Why was ApproveMe’s launch so successful when so many others fail?

ApproveMe made some wise decisions early on. After they had the idea and vision for what their product would become, they built out a process that allowed them to tap into their future customer base to guide their product development while also collecting leads they later used for a successful launch.

For a week they shifted resources away from product development and focused instead on building out a search engine optimized website that would attract users looking for an alternative to their largest competitors. After signing up to be part of this, contacts were sent a personal looking email with two major questions:

These contacts were also added to a pre-release notification list that gave them a discount. In this way, ApproveMe was able to demonstrate that they were building a user-centric solution, that they were a responsive, engaged developer, and create buzz around their upcoming product by building on the strengths of existing solutions while fixing the most common and frustrating weaknesses.

By the time the product was getting close to finished, they had over 1,000 eager contacts who couldn’t wait to get their hands on the solution. When the day finally came to launch their software into the world, they received a near instant influx of revenue as the notification email arrived in their contact’s inboxes.

Email marketing was a key part of this successful launch. Too often, new software is released and no one seems to notice. ApproveMe’s success was due, in part, to building such a strong relationship with their audience and email was the primary method of fostering that relationship.

Kevin Michael Gray, head of ApproveMe, says, “This approach utilized a combination of research online from competitors and one-to-one feedback. The complaints we found online were the spark that started the fire… we found, however, that we still needed fuel to keep it going. The ongoing customer feedback that came as a result of the auto-responders from ActiveCampaign was that fuel.” ApproveMe did everything right during the launch phase but now they needed to build up a consistent stream of new leads so they had steady, growing revenue each month to support their fledgling software business.

The primary method of lead generation revolves around offering people a demo of the software. This is a perfect opportunity to demonstrate how elegant and refined their document signing process is compared to the competition. It also gives interested visitors an opportunity to “try it before they buy it” so they can be sure the solution meets their needs. It’s a near perfect exchange of value.

ApproveMe uses their custom developed ActiveCampaign add-on to indicate which contacts had requested a demo but then also to know which contacts had successfully added their signature to the demo document. If they completed that action, they were tagged as “Tried Demo” and considered to be a fully qualified lead because they had not only requested the demo, but invested enough time to see exactly how it works. They later released this ActiveCampaign-ApproveMe integration to the public.

Outgoing emails to their list use this tag and ActiveCampaign’s Conditional Content feature to dynamically adjust their emails to reflect whether the contact has tried the demo or not. If they do not have the “Tried Demo” tag, the email will display a call to action encouraging them to sign up for the free demo. If they already have this tag, it will display a call to action centered around paying for a fully functional account. Site Tracking lets ActiveCampaign “see” what contacts are doing on your website. In this way, your marketing can “respond” to what web pages a visitor chooses to click on or how many times they visit your website. It’s a powerful marketing automation feature but it can be too easy to put off setting it up which is exactly what ApproveMe did until a friend who was also an ActiveCampaign user informed them of how fast and easy it is to install (if you are a WordPress user, it’s a simple matter of adding a plug-in).

With Site Tracking turned on, ApproveMe was able to send out one of four very targeted emails depending on a contact’s level of engagement, past behavior, and other factors. This automation involves a rather complex chain of “If/then” logic but it only needed to be set up once and the ongoing payoff has been huge. The first month after implementing this completely automated process that leverages ActiveCampaign’s Site Tracking feature, their sales grew 110% and customers are engaging with their emails more because they are perfectly timed with behavioral targeting. When ActiveCampaign sees that a contact has visited twice within a certain time frame, it is able to send out an email that follows up on that momentum by reaching out to that contact to see if they need any questions answered. This dialogue connects potential customers with staff who can educate them on the benefits of ApproveMe while helping to overcome obstacles to purchase.

Continuing to improve the product

For many businesses, refunds are viewed only as lost revenue but ApproveMe views them as an opportunity to find out what they can do to improve their product so that they receive fewer refund requests in the future.

They’ve figured out a way to automate this process. When they refund an order in their ecommerce solution, Zapier applies a “Refunded” tag in ActiveCampaign which then triggers an automation that sends a plain text email along the lines of:

Just wanted to let you know your license has been cancelled and a refund is headed your way. You should see that refund on your statement (or in your PayPal account) within 5 business days.

We sincerely hope that you can find your way back to ApproveMe someday, and please let us know if there is any way we can improve our product to make it better!

They estimate that they get helpful replies from 80% of the people who receive this email! This is an excellent example of how “marketing automation tools,” with a little creativity, can be used for far more than marketing.

ApproveMe found that many new customers were running into easily avoidable issues after making their purchase and trying to set up the plugin. This led to a less than desirable onboarding experience for those users and an influx of avoidable customer support tickets.

To preemptively address as many of these concerns as possible, they created a “Getting Started” video. By simply delivering this video by email after purchase they were able to reduce their customer support requests by 7% near instantly. As they flesh that campaign out by adding more follow-up messages to their new customer onboarding sequence, they continue to see consistent drops in the number of customer support tickets.

ApproveMe is using ActiveCampaign’s marketing automation features to improve their lead generation and follow-up with great results. But, they’ve taken those features and applied them to other aspects of their business creating extraordinary time savings and intelligence gathering. 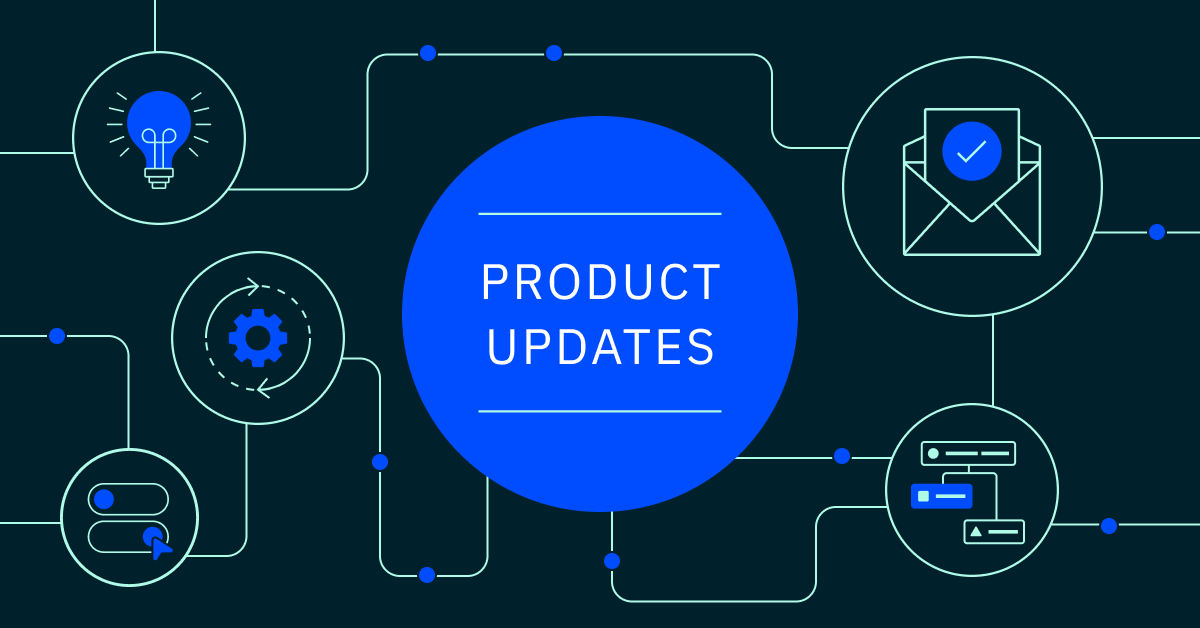 ActiveCampaign is highlighting a round-up of each month’s releases so you can continue to scale with a platform that’s scaling with you.

We are happy to announce ActiveCampaign 5.4.  This update will give you an idea on our continually evolving product direction and our focus on making email marketing easy for small...